Cypriot Shipowners Call for Action on Gulf of Guinea Kidnappings

The U.S. Navy's 6th Fleet conducted a bilateral naval anti-submarine warfare exercise with the U.K. above the Arctic Circle on May 1, 2020.

The exercise involved 1,200 Sailors from the U.S. Navy and Royal Navy.

The two U.S. destroyers, based in Rota, Spain, support NATO's integrated air missile defense architecture. These ships have the flexibility to operate throughout the waters of Europe and Africa, from the Cape of Good Hope to the Arctic Circle. The exercise follows the combined training that the nations received last month while participating in the U.K's Submarine Command Course.

"One of the best attributes of our surface force is that we can aggregate at will, transitioning seamlessly from independent ships to coordinated operations," said Capt. Joseph A. Gagliano, Commander, Task Force 65, commander, Destroyer Squadron 60. "Our interoperability with our allies is so good that we can deploy multinational naval forces with minimal notice. That's the real power of NATO." 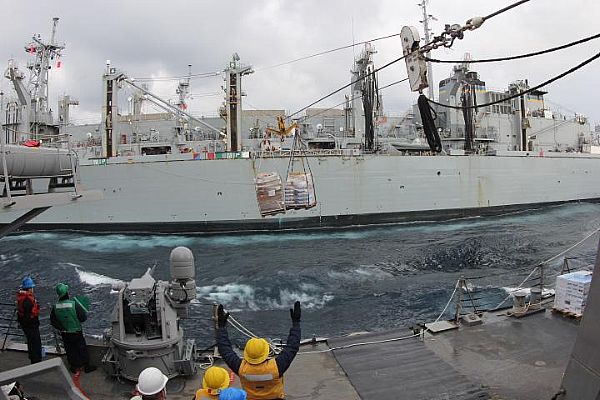 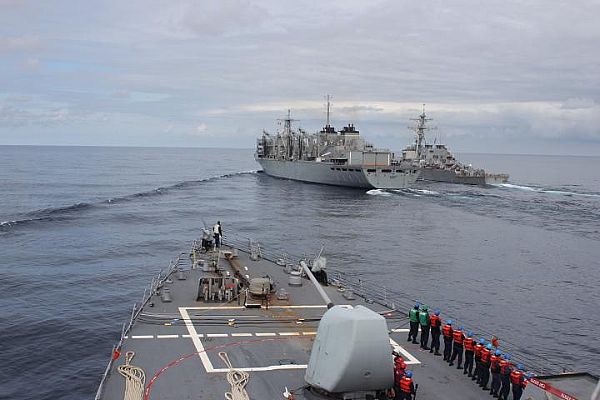 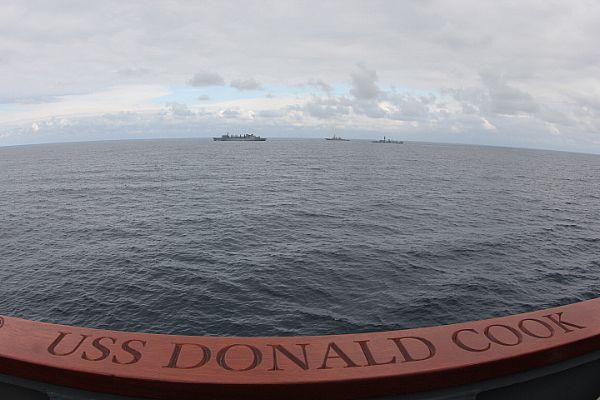 The fast combat support ship USNS Supply is approached by the guided-missile destroyer USS Porter and the Royal Navy Type 23 frigate HMS Kent for a replenishment-at-sea.

Over the past week, a group of residents in Haramsøya, Norway have repeatedly blockaded a local ferry in order to prevent wind farm construction vehicles from passing. The protesters oppose the installation of a new nine-turbine onshore wind farm on top of a nearby plateau. On May 19, ferry operations on Norled's Skjelten route were briefly disrupted when activists blocked the disembarkation of construction vehicles. Service was quickly restored. A similar action occurred on Tuesday, and the activist group upped...

Stockholm Norvik Port marked an important milestone in the development of the new port with the arrival of its first container ship. Construction had begun in September 2016 on the new port, which is designed to support the efficient flow of goods into the Stockholm region, one of Europe’s fastest-growing capital cities. Built as a replacement to the container terminal at Frihamnen in central Stockholm, the new port when completed with include both RoRo and container terminals. The port will provide...

P&O Cruises’ new ship the Iona is moving closer to delivery after delays in construction due to the coronavirus health crisis. Currently completing her outfitting, she may become the first large cruise ship to be delivered after the public health emergency delayed and interrupted shipbuilding across Europe. The Iona is expected to depart from Bremerhaven, Germany as early as May 30, for technical and nautical trials in the North Sea, before proceeding to Rotterdam for the final steps in her...

Cypriot Shipowners Call for Action on Gulf of Guinea Kidnappings

In a statement Thursday, the Cyprus Shipping Chamber (CSC) expressed "growing frustration at the ineffectiveness of the international community" in solving the longstanding problem of piracy and maritime kidnapping in the Gulf of Guinea.  Kidnap-for-ransom incidents occur with regularity in the waters off Nigeria, Togo, Benin, Equatorial Guinea and neighboring states. Pirate attacks have been common in the region for decades, but in recent years they have shifted away from petroleum theft in favor of crew abduction. The region now...