On Friday, the crew of the U.S. Coast Guard Cutter Dauntless offloaded more than $160 million in cocaine at Coast Guard Base Miami Beach before returning to her homeport in Pensacola.

Dauntless’ crew seized approximately 8,500 pounds of cocaine and apprehended 13 suspected drug smugglers in a 45-day patrol in the Caribbean Sea.

The Dauntless’ crew worked alongside multiple U.S. Coast Guard vessels and the assets of U.S. partner nations - including the HNLMS Friesland of the Royal Netherlands Navy - to interdict the illegal drug smuggling vessels.

“The Coast Guard’s strong international partnerships counter threats in the maritime domain, protect each of our countries from transnational organized crime, and work to stabilize and promote good governance in the region,” said, Lt. Paul Puddington, a District Seven duty enforcement officer. 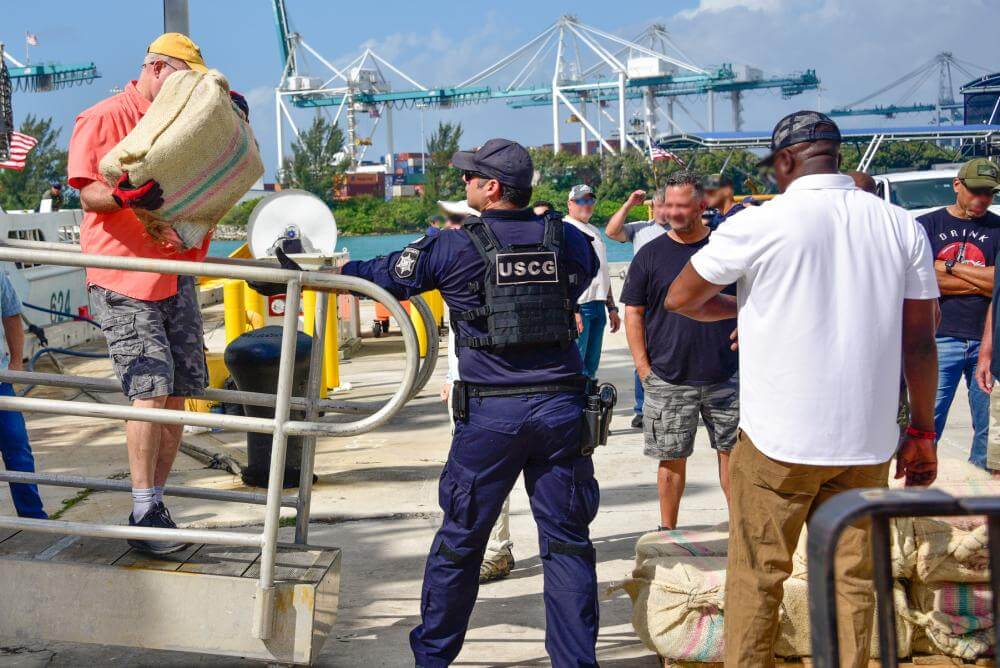 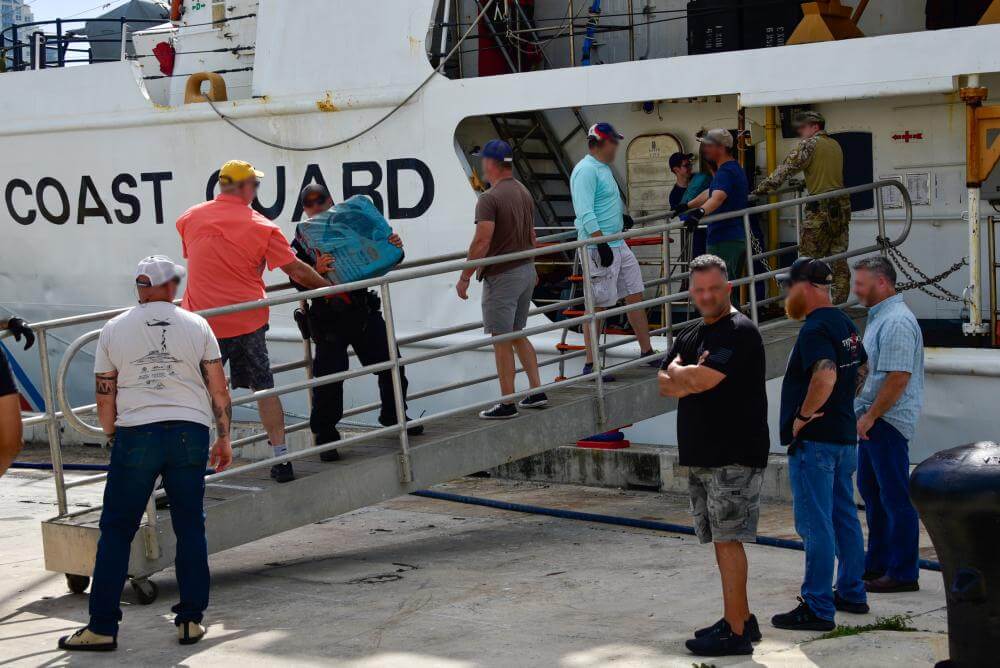 It is the latest in a series of successes for Dauntless and her crew. In December, Dauntless offloaded about $150 million worth of cocaine in Miami Beach, the product of three separate interdictions. The RFA Wave Knight, USCGC William Trump and HNLMS Holland carried out the inderdictions jointly.

The British and Dutch governments have a security interest in combating the flow of cocaine in the Caribbean and the Eastern Pacific. Research suggests that the majority of cocaine on the route is ultimately destined for the lucrative European market, via ports in Central America, Mexico and the Caribbean.

During at-sea interdictions, each suspect vessel is tracked by Joint Interagency Task Force-South, based in Key West, Florida. The law enforcement phase in the Caribbean Sea is conducted by the Seventh Coast Guard District, headquartered in Miami. All boardings are carried out by U.S. Coast Guard personnel.

Correction: The U.S. Coast Guard initially reported the value of the offload as $243 million. In a correction issued April 5, the service said that the true value was $160 million.