The U.S. Coast Guard has released a statement saying that Sector Anchorage watchstanders are experiencing intermittent communications within the 3,745 square-mile area of Prince William Sound, Alaska, and may not be able to hear mariners on VHF-FM radio. 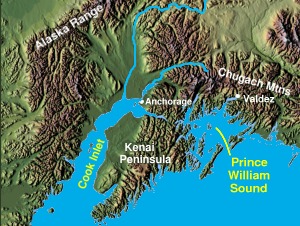 "As technicians work to analyze and restore Coast Guard radio coverage for Prince William Sound, I urge mariners to listen more carefully to channel 16 and to relay any possible distress calls to the Coast Guard via other means, like HF radio, satellite communications and cell phones," said Cmdr. Scott Smith, chief of response for Coast Guard Sector Anchorage. "If you're venturing out into the Sound via boat, carry multiple means of communication, travel in a group if possible, file a float plan with a responsible party and rehearse how to handle emergencies."

The crew of the Coast Guard Cutter Mustang will initially provide a patrolling Coast Guard presence to reduce this loss of coverage. However, Prince William Sound is significant in size, and boaters and commercial mariners are encouraged to be extra vigilant.