Canada's Transportation Safety Bureau has concluded that a dangerous fire aboard the container ship MOL Prestige in 2018 was caused by inadequate maintenance.

On January 31, 2018, a fire broke out in the engine room of the MOL Prestige while she was under way about 150 nm to the southwest of Haida Gwaii, British Columbia. There were 22 crewmembers and 1 supernumerary on board at the time, and five of the crewmembers were seriously injured in the fire.

TSB's investigation determined that the fire was caused by maintenance issues in the engine room of the MOL Prestige. A high temperature settling tank was heated to about 120 degrees Celcius because the steam valves that fed its steam heating coils were leaking, leading to abnormally high temperature. To cool it, the crew transferred cold liquid from the #7 starboard bunker tank into the settling tank. The initial flow likely contained water from the bottom of the bunker tank, and when it entered the hot settling tank, it turned to steam. 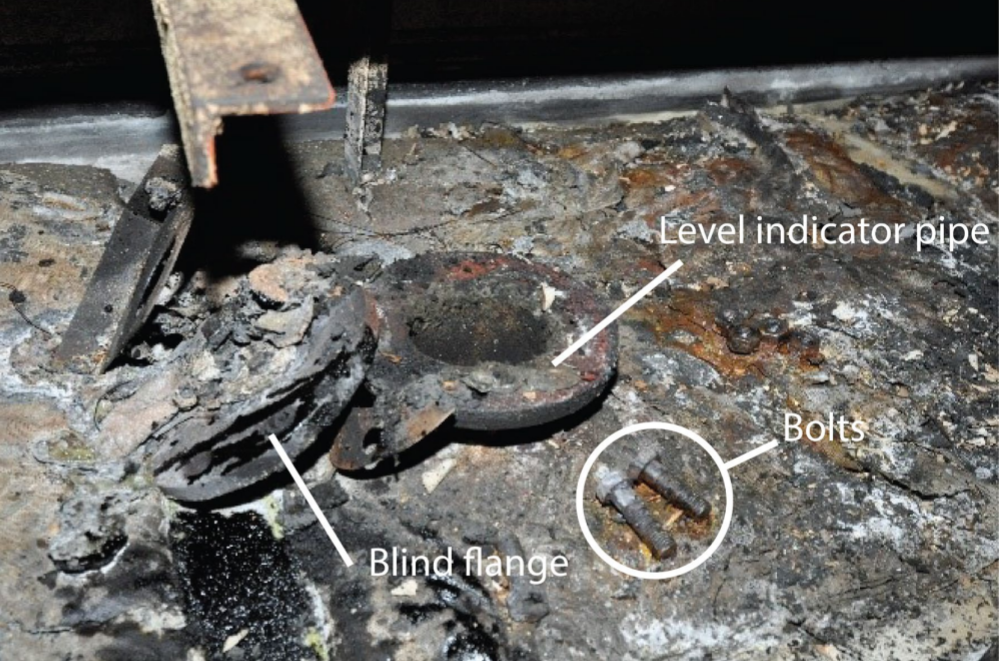 The level indicator on the settling tank had been removed at some point in the past, and the crew had removed a blind flange at the top of the indicator pipe so that the level could be inspected manually (above). When the water in the fuel boiled, fuel oil was expelled from the open flange fitting and into the engine room (frothover), and a fire broke out adjacent to the settling tank. It eventually worked its way up the tank, where most of the spilled oil was located, and this became the seat of the fire.

Six engineers were trapped in the engine control room by the thick smoke, and the elevator from the control room to the upper decks was inoperable. The chief mate put on an SCBA, entered the engine room and delivered several emergency escape breathing devices. Using the available breathing devices, three of the engineers exited the space and climbed up a ladderway with the chief mate. They made it to safety but sustained burns after coming into contact with the hot metal of the stair railings. 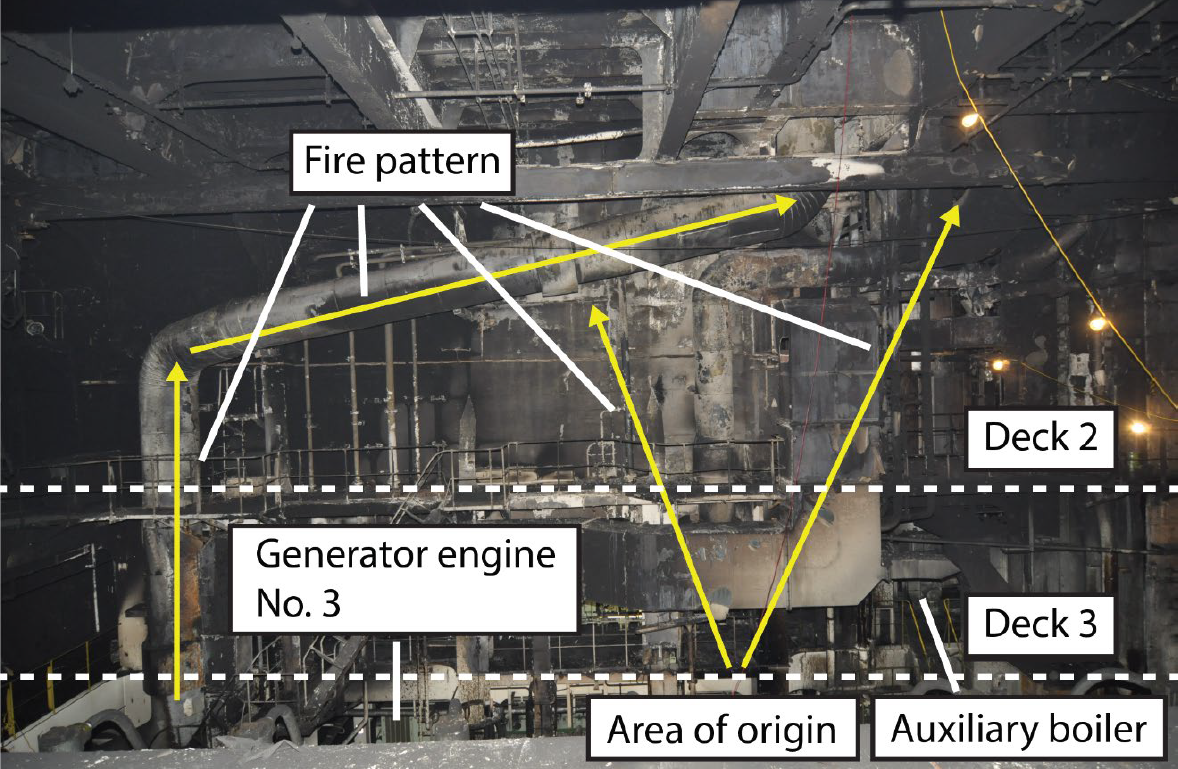 Abovedecks, the crew initiated a firefighting response with boundary cooling. The fire continued to grow within the engine room, and the boundary bulkhead temperatures continued to rise. Over radio, the master and chief mate discussed the possibility of deploying CO2 flooding and whether that could be done safely without harming the personnel still trapped in the engine control room. Those trapped below heard this conversation, leading to panic. One of them attempted to escape and sustained burns and smoke inhalation before returning to the confines of the control room.

About an hour and a half after the incident began, the elevator began working again, and the trapped engineering crewmembers were able to escape. The engineers then deployed CO2 flooding, and by the following afternoon the fire was successfully extinguished.

A Royal Canadian Air Force helicopter evacuated two of the crewmembers to a hospital in Queen Charlotte for treatment. The Canadian Coast Guard ship Sir Wilfrid Laurier assisted MOL Prestige until a salvage tug arrived and towed the ship into port in Seattle.

In its conclusions, TSB warned that inadequate emergency escape plans, drills, vessel maintenance and safety management systems may increase the risk of a casualty. The full report is available here.