Sovcomflot CEO Sergey Frank has called on the Russian government to further develop the Northern Sea Route's navigational and hydrographic support system, boost the readiness of rescue services and improve the reliability of navigational and communications aids. He has also called for a ban on substandard ships and crews sailing in the environmentally sensitive region.

The move follows significant shipping traffic growth along the Northern Sea Route and further projected growth. In 2018, the two energy projects in the Gulf of Ob (Novy Port and Yamal LNG), both served by Sovcomflot vessels, are expected to generate around 11.5 million tons of freight, almost doubling the route's peak record of 6.6 million tons in 1987.

Sovcomflot shuttle tankers commenced year-round oil shipments from Novy Port in Yamal for the first time in September 2016. “For the first time in history, year-round commercial navigation with large-size ships on the Gulf of Ob has now been successfully conducted,” Frank said. When in full swing, Novy Port will deliver up to 8.5 million tons of oil per year. 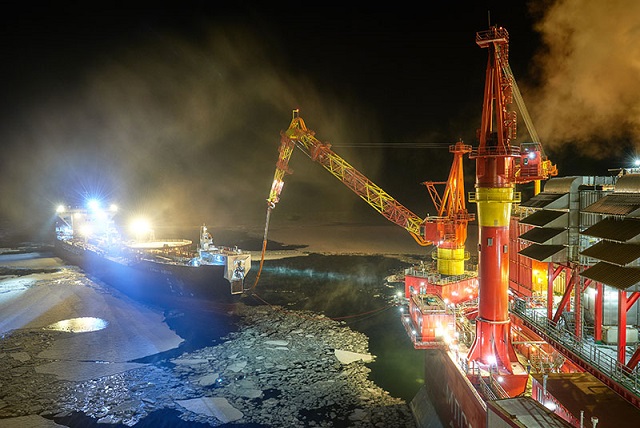 As of the end of the second quarter of 2017, over 200 million tons of crude oil and more than 16 million tons of LNG have been transported by Sovcomflot vessels for energy projects operating in the Arctic seas (Varandey, Prirazlomnoye, Novy Port) and in the Russian Far East (Sakhalin-1, Sakhalin-2) since the company began focusing on long-term project-based energy transportation and offshore servicing in 2006.

Frank has highlighted that Sovcomflot is pioneering the switch to LNG as the primary fuel for its Aframax tankers. This year, the company placed an order for a series of the first-ever purpose-designed Aframax tankers to be run on LNG. The four tankers are scheduled for delivery beginning in 2018. Each 114,000-dwt tanker will have a 1A ice class, sufficient to ensure a safe year-round transportation of crude oil from regions with challenging ice conditions, including subarctic seas.

Earlier this year, Sovcomflot signed a contract with Shell for the supply of LNG for the tankers which will be built by Hyundai Heavy Industries’ unit, Hyundai Samho Heavy Industries (HSHI) under a contract valued at $240 million. 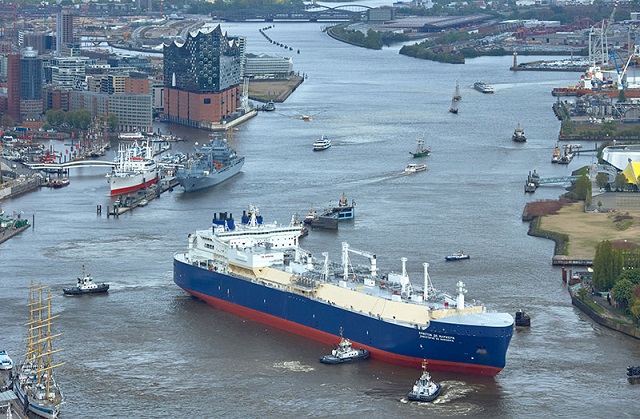