On Monday, pollution mitigation efforts were completed for the 120-foot superyacht Andiamo, which caught fire and partially capsized at a marina on Watson Island, Miami last week. The vessel belongs to the American singer, producer and actor Marc Anthony.

On Wednesday night at about 1930 hours, a blaze began on the Andiamo, and it quickly engulfed the superstructure. 45 firefighters responded to the scene and used water cannon to prevent the fire from spreading to neighboring vessels. At about 2200 hours, the vessel began to list, and she partially capsized overnight. After listing over on her side, she sank to about three-quarters of the width of her beam.

Two crew members were on board at the time of the fire but escaped unharmed. Anthony was not present. Miami-Dade Fire Rescue reported that no one was injured during the fire or the response effort. 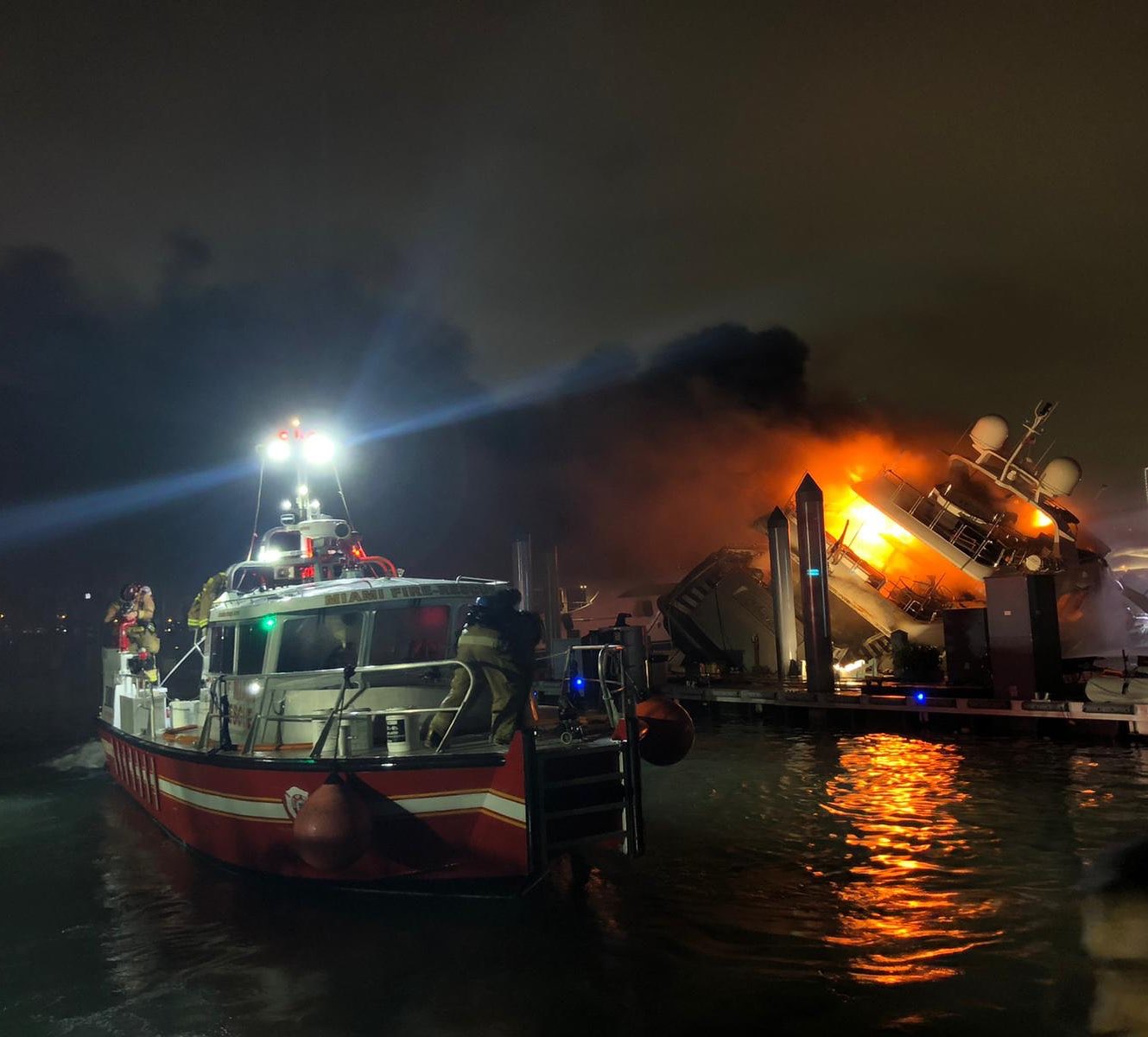 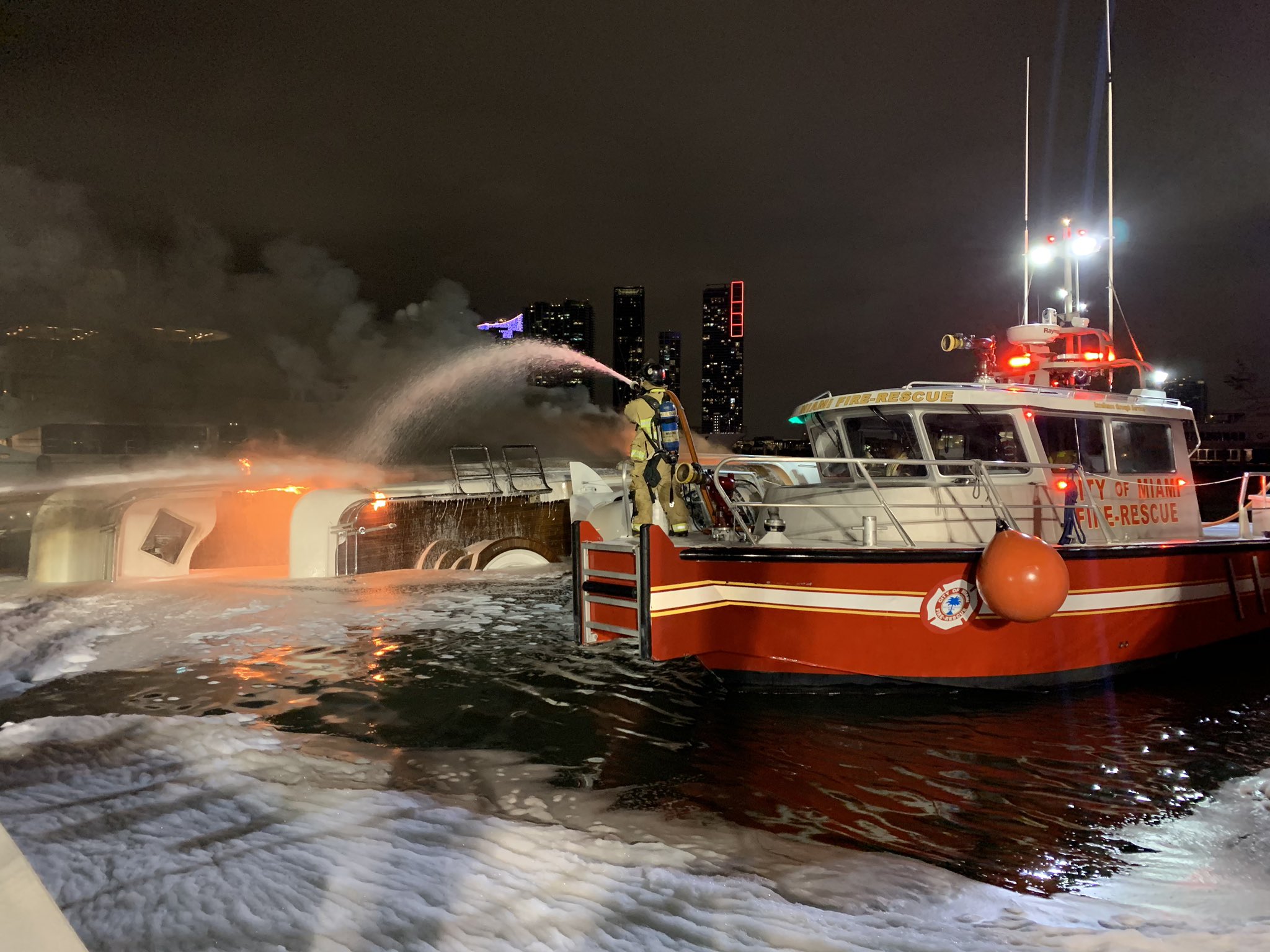 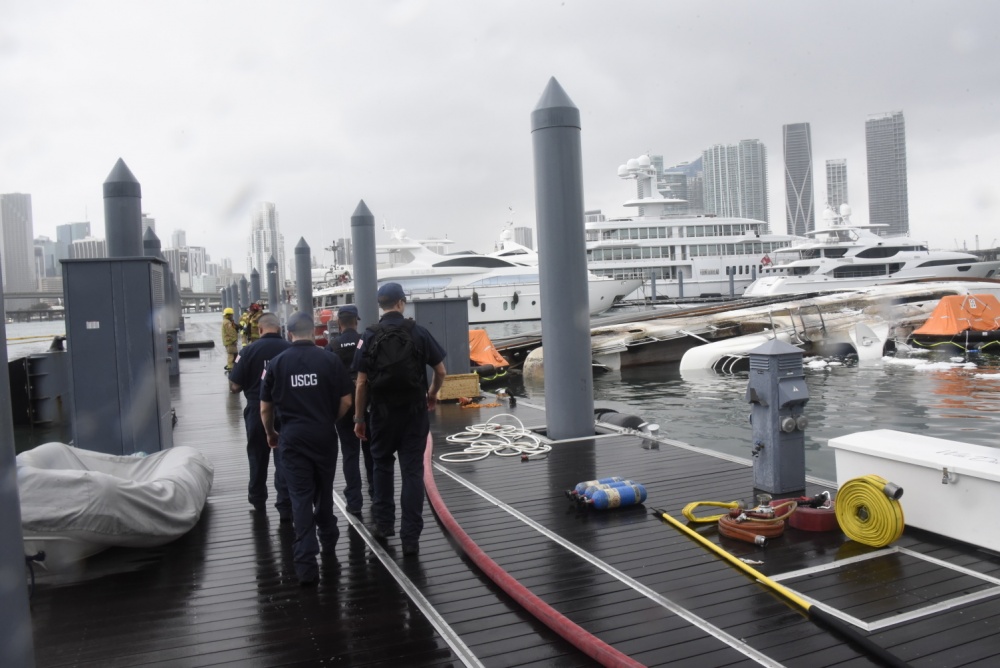 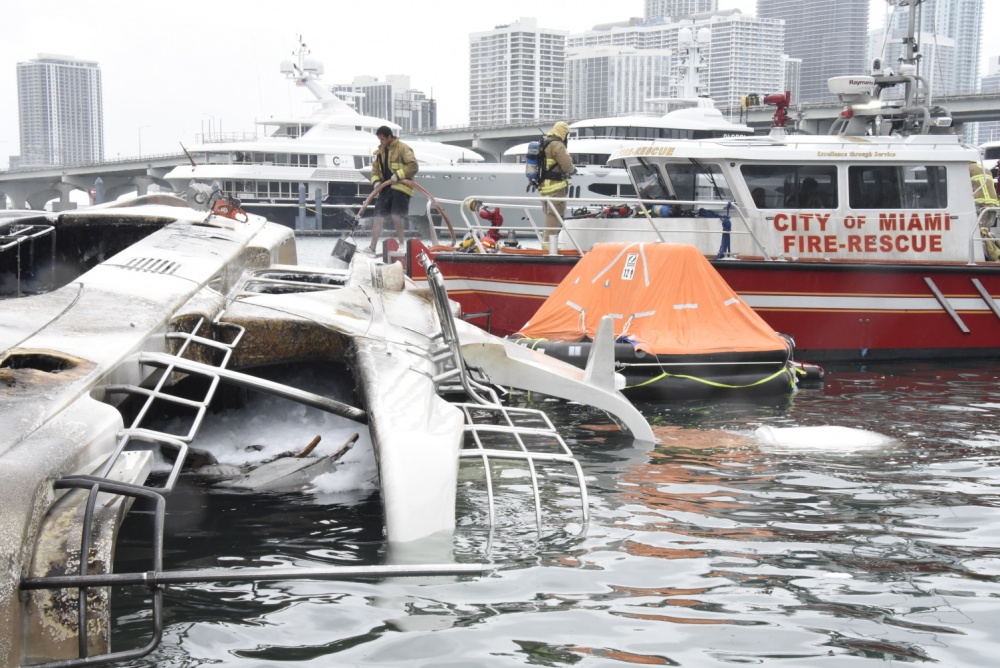 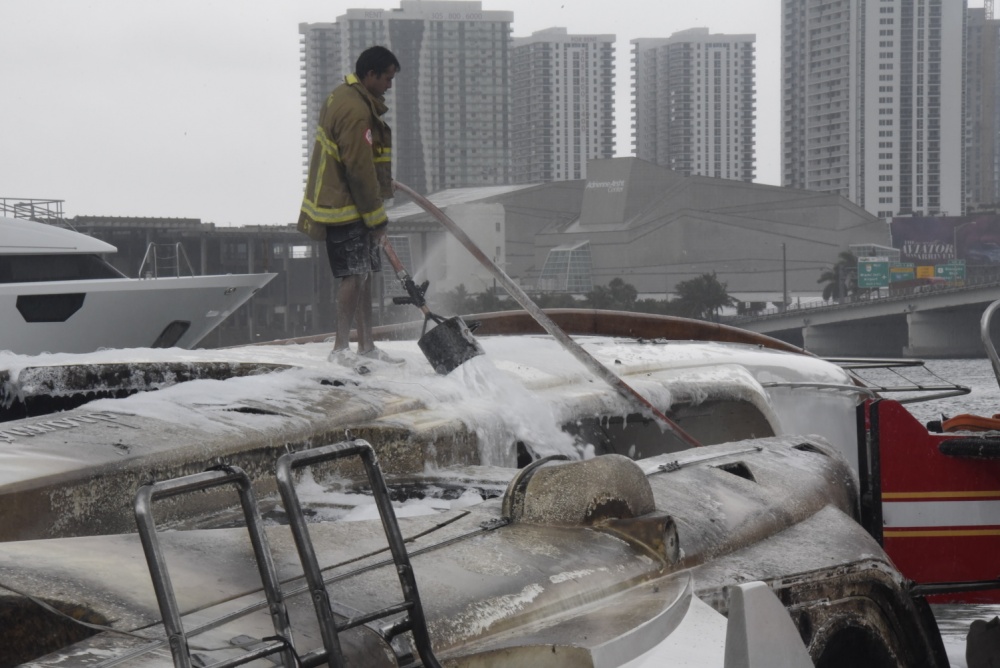 Federal authorities opened the Oil Spill Liability Trust Fund the following day with an allocation of $300,000 for pollution mitigation and salvage planning. Resolve Marine Group was contracted for fuel removal and pollution mitigation, and responders deployed boom around and on the vessel.

The U.S. Coast Guard reported Monday that Resolve Marine Group has successfully removed about 3,000 gal of oily waste from the Andiamo. Tow Boat US will begin to transition into a salvage operation to right the vessel and transfer it to a drydock.

The National Transportation Safety Board is investigating the cause of the fire.