The rescue submarine that failed during the Russian Kursk disaster in 2000 has now made a successful dive to 1,000 meters in the Norwegian Sea after being refurbished.

The Northern Fleet’s red and white rescue submarine repeatedly failed in attempts to rescue the 118 submariners on the sunken submarine Kursk, and all on board Kursk died. The submarine lay on the seabed 108 meters below the surface in the Barents Sea.

The AS-34 first failed after colliding with the Kursk's stern stabilizer. It a second attempt, the sub's batteries failed before it was able to attach to Kursk’s escape trunk. Heavy seas made it impossible to immediately launch the sub a third time, and later attempts also failed.

Russian President Vladimir Putin then accepted an offer from the Norwegian and British governments to assist, and seven days after the disaster, the Norwegian ship Normand Pioneer carrying a British rescue submarine arrived. When the dive team finally managed to open the hatch, the rescue trunk full of water and rescue attempts were abandoned.

Russia was criticized for not requesting help sooner and for not having adequate rescue equipment.

AS-34 is 13.5 meters long, has a displacement of 55 tons, a crew of three or four and can carry up to 20 rescued submariners. She has a range of 21 nautical miles at a top speed of 3.3 knots. With a crew of four, the sub can stay submerged for up to 120 hours, but with the crew and a full complement of 20 passengers on board, this is reduced to 10 hours. 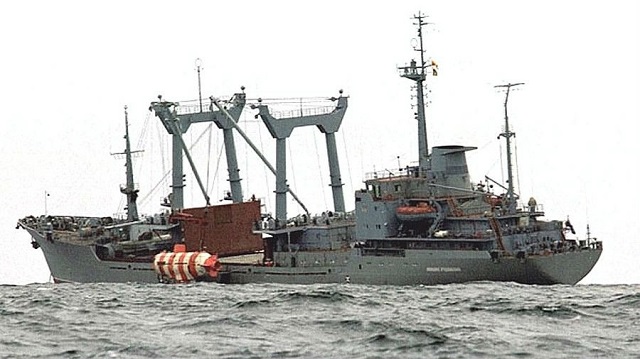