[Brief] On Sunday, a tanker went aground near Petit Bois Island, Mississippi, a barrier island off the coast of Pascagoula. AIS data indicates that she was successfully refloated on Monday afternoon.

The vessel, the Liberian-flagged crude oil tanker Aqualoyalty, reportedly went onto a shoal southwest of Petit Bois Island at about 1152 hours on Sunday morning, according to local TV station WLOX. She was bound for the Port of Pascagoula at the time of the grounding, and she is reportedly in laden condition: she was scheduled to deliver a cargo of about 500,000 barrels of Colombian crude oil at the port. According to the Coast Guard, no pollution was reported. 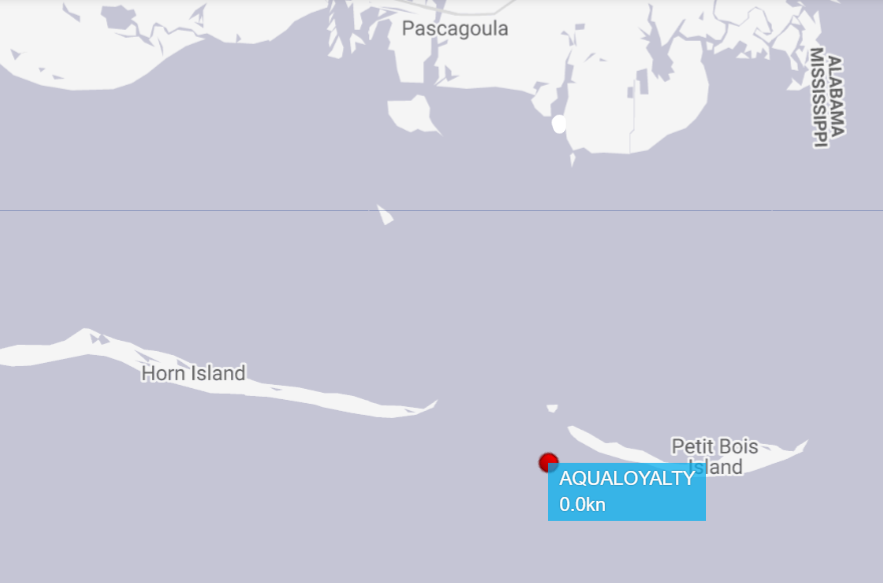 AIS tracking data shows that the Aqualoyalty remained stationary about 4,500 feet off the island's western tip until about 1600 hours on Monday afternoon. At that point, she got under way once more, and she arrived in Pascagoula about two hours later. As of Monday evening, AIS data showed the Aqualoyalty moored at the Chevron Pascagoula Refinery complex.

The Aqualoyalty is a 115,000 dwt Aframax built in 2012. She is flagged in Liberia and owned and operated by a firm in Athens.