A very lucky mariner was rescued alive from the cold waters of the North Sea after falling over the side of the safety vessel Keizersborg on Friday night.

At about 1830 hours, HM Coastguard received notice that a seafarer had fallen overboard from the Keizerborg near Shell's Leman gas field, located about midway between Scotland and Jutland in the North Sea. The Caister volunteer lifeboat crew was paged at about 1900 hours and got under way within nine minutes to assist in the search. RNLI's Cromer lifeboat and the HM Coastguard rescue helicopter 163 also headed for the area, along with a number of good samaritan offshore vessels. 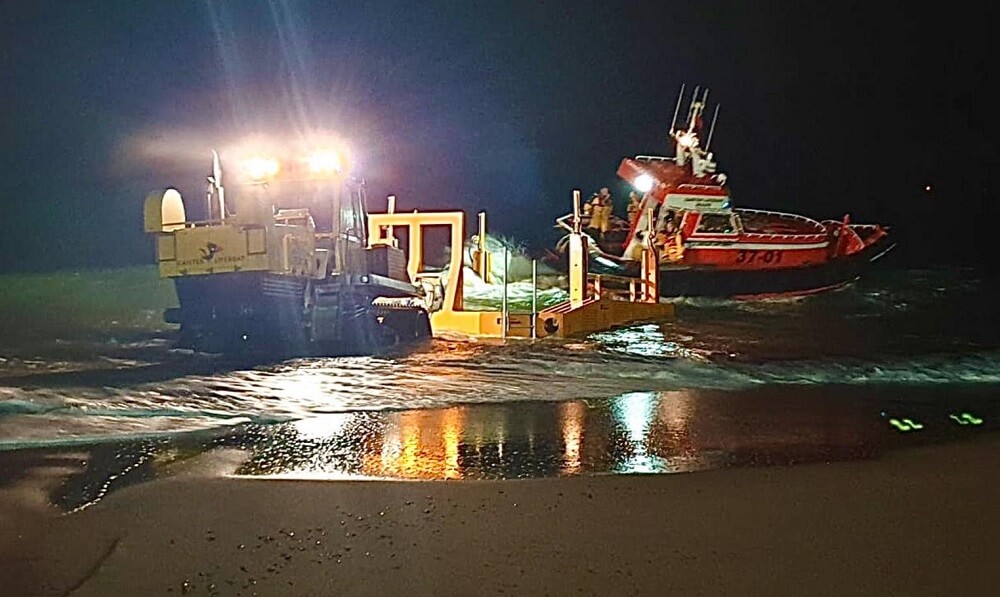 At about 2015 hours - nearly two hours after the first report - the survivor was pulled from the water alive and well by the crew of an OSV, defying the odds of hypothermia in the cold North Sea waters. The two rescue boats stood down and returned to station, and the rescue helicopter airlifted the victim to James Paget Hospital in Great Yarmouth for evaluation.

Vessel operator Wagenborg Offshore confirmed the incident in a brief statement and said that the crewmember was recovered "alive and safely."

Keizerborg is a former North Sea PSV, and she was transformed last year into a standby vessel with a walk-to-work gangway. Her role is to perform inspection and maintenance work on unmanned oil and gas platforms in the UK and Dutch waters of the North Sea.

The ship is also set up as an emergency response and rescue vessel for emergency towing, patrol and rescue work. Two other Wagenborg vessels, the Kroonborg and Kasteelborg, have undergone similar conversions, exiting the crowded PSV market in favor of this niche charter opportunity.