Russia's newest icebreaker Alexander Sannikov has officially entered service after a ceremony held in St. Petersburg on June 29. Built by Vyborg Shipyard, designed by Aker Arctic and commissioned by Gazprom Neft, the icebreaker will accompany the tankers from the Novoportovskoye field in the Northern Sea Route and therefore contribute to the provision of year-round supplies of Arctic oil to the world market.

The dynamically positioning, 121-meter (400-foot) icebreaker is the first icebreaker built under the "Time of the Arctic" program. She is capable of breaking through two meter thick ice and will assist tankers shuttling to and from the company’s Arctic Gate oil terminal in the Gulf of Ob. Six tankers are already in operation for the Novoportovskoye field, and the new icebreaker will begin regular escort services in August.

The 22MW diesel electric ship has ice breaking ability comparable to nuclear powered icebreakers of high power as a result of a specially designed hull and three azimuthing thrusters. Classical icebreakers run into the ice and break it with their weight, whereas Alexander Sannikov's hull cuts the ice and mills it, which gives her advantages in maneuverability. On clean water, she can accelerate to 16 knots and make a 360 degree turn in a minute.

The Alexander Sannikov is designed to provide up to 40 days of battery life at extreme temperatures of minus 50 degrees Celsius. Onboard computers run the ships's life support systems, start the generators, synchronize the equipment, control the emergency modes, regulate the temperature and technological regimes on all decks of the ship. Digitalization of icebreaker management has increased the efficiency of the crew to the point where half the number are needed compared to that of similar vessels.

The vessel has her own fire station, hospital, helipad, emergency boats, powerful winch and crane with a carrying capacity of 26 tons. So, in addition to supporting tanker operations, she can independently transport cargo, perform towing functions and participate in rescue operations.

“According to our forecasts, by 2030 the demand for the transportation market along the Northern Sea Route will increase by one third,” said Alexander Dyukov, chairman of the board of Gazprom Neft. “The development of our own Arctic fleet will allow the company in the long term to retain leadership in the Russian Arctic.”

A significant part of the equipment installed on the icebreaker Alexander Sannikov is of Russian origin. For example, the ship repair center Zvezdochka (part of the United Shipbuilding Corporation) in Severodvinsk equipped the ship with the bow thruster. Also domestic manufacturers provided the icebreaker with modern navigation equipment, bridge and generators.

The Arctic Gate terminal is located in the Gulf of Ob, near Cape Kamenny. First oil was shipped from the terminal in 2014, and winter shipments started in 2015. Gazprom Neft intends to deliver up to eight million tons of oil per year from the installation. 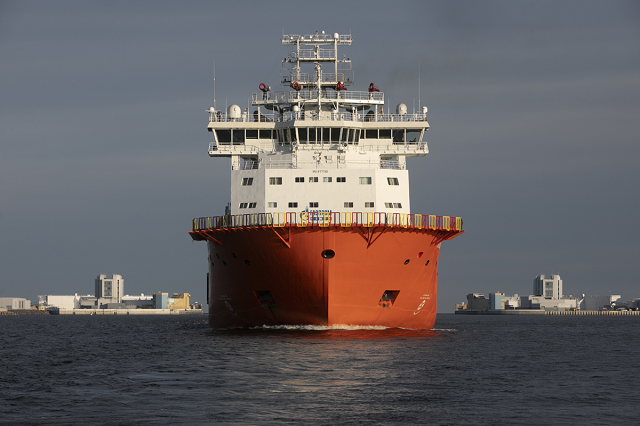 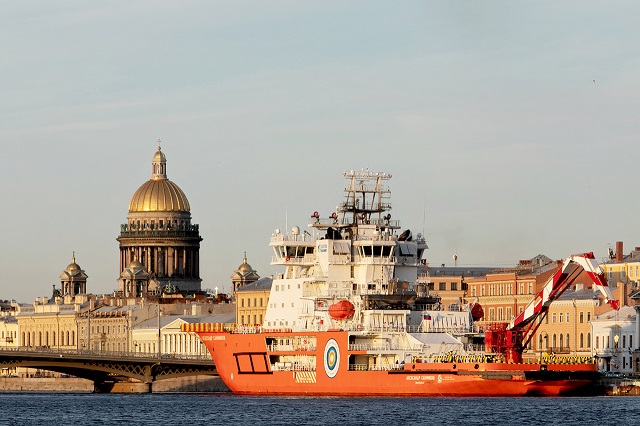 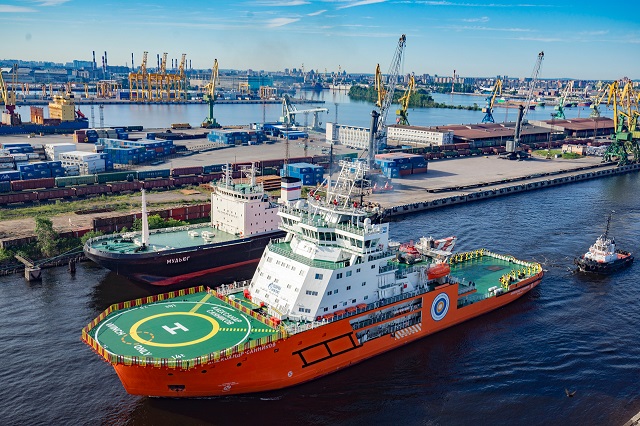 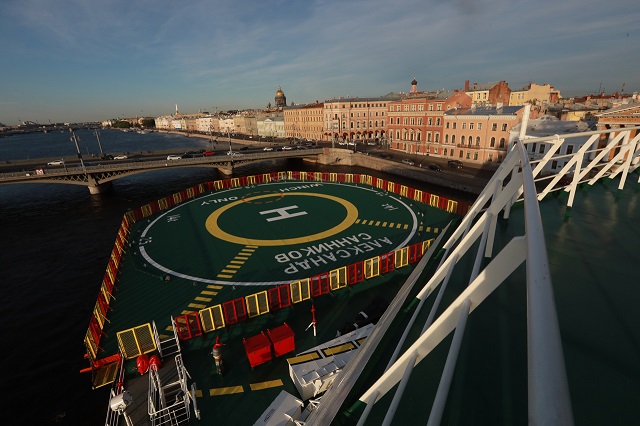 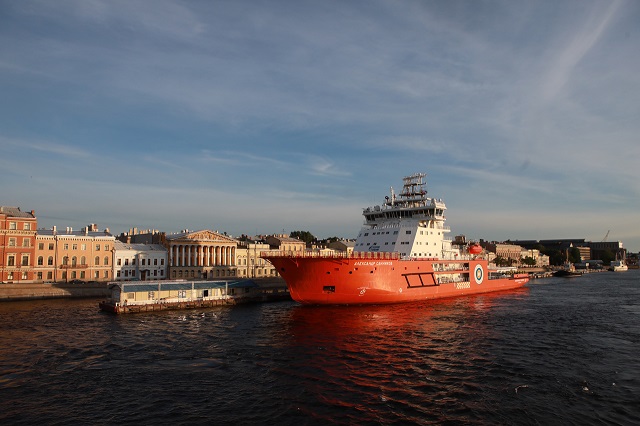 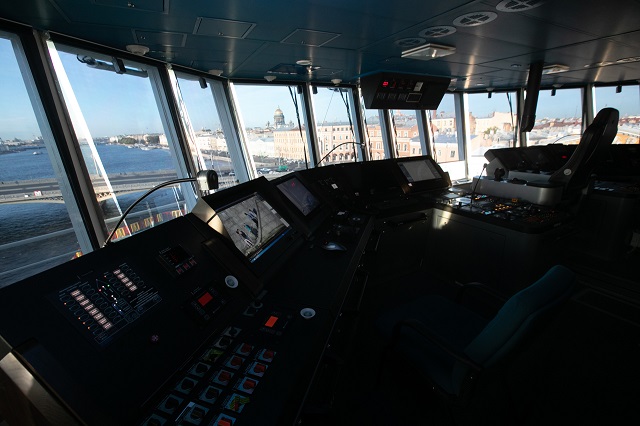 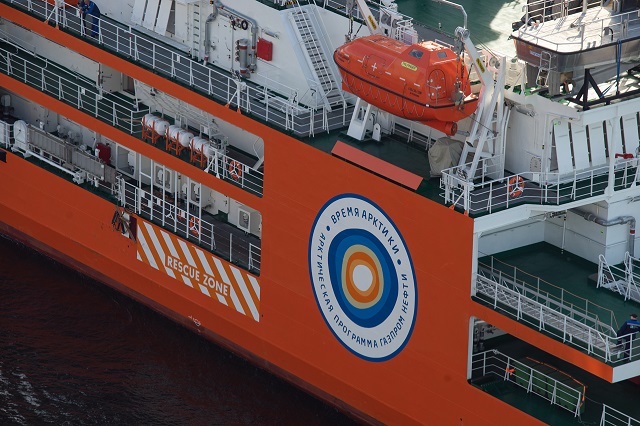 On May 22, the port of Rotterdam was able to celebrate a first for the Netherlands: an unmanned aerial drone delivery of parts to a merchant vessel. In the pilot experiment, a sandwich-sized computer network switch was delivered by drone to Allseas’ Pioneering Spirit, the largest vessel by displacement in the world. Pioneering Spirit is currently moored at Alexiahaven, Rotterdam in preparation for her next project. The pilot was set up by Dutch Drone Delta, Allseas and the Port of Rotterdam...