The first U.S. flagged Great Lakes bulk carrier to be built on the Great Lakes in nearly four decades marked a key point in its construction with its recent float out from the graving dock. Being built for The Interlake Steamship Company at the Fincantieri Bay Shipbuilding yard in Wisconsin, the vessel which is named the Mark W. Barker is the first Great Lakes bulk carrier built domestically since 1983.

Jointly designed by Fincantieri and Interlake, the order for the bulk carrier was placed in April 2019. The engineering and pre-fabrication work for its modular sections began in the fall of 2019 and the first keel block was laid in June 2020.

The hull is structurally now about 70 percent complete. Having reached this stage of construction, the vessel was ready to move to a new location in the shipyard while also making space in the dry dock for other vessels that will be undergoing a winter overhaul at the yard.

Before the graving dock could be flooded and the ship floated for the first time, every opening in the hull below the expected water level needed to be sealed and made watertight. Those openings were inspected multiple times by shipyard workers before removing the vessel from the blocks she has been sitting on since her keel was laid in June.

With the hull prepared, four tugs executed the move that took about five hours from start to finish. The next phase of the construction, which will continue throughout the winter, will be focused on the vessel’s auxiliary machinery, electrical equipment, piping, and electrical wiring installations. Ashore, shipyard workers will continue building the forward hull and bow section, the loop belt casing, the accommodation structure, and the casing and funnel structural sections.

The Mark W. Barker, which is named for the son of the chairman of The Interlake Steamship Company, is expected to enter service in mid-2022. She is the first ship the company has built since 1981. Measuring 639 feet in length and 28,000 DWT, the ship will transport raw materials such as salt, iron ore, and stone to support manufacturing throughout the Great Lakes region. 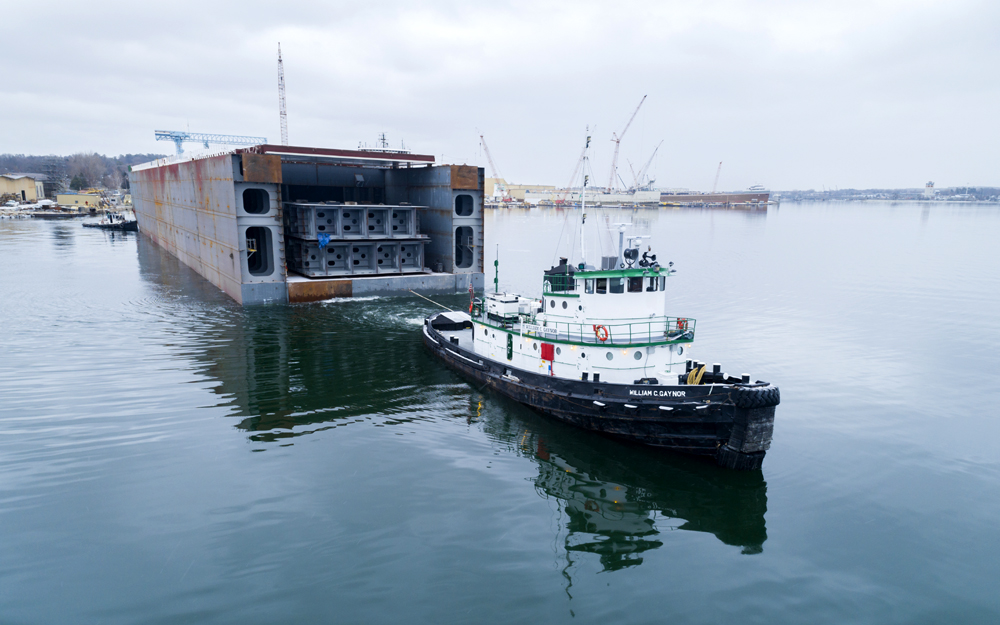 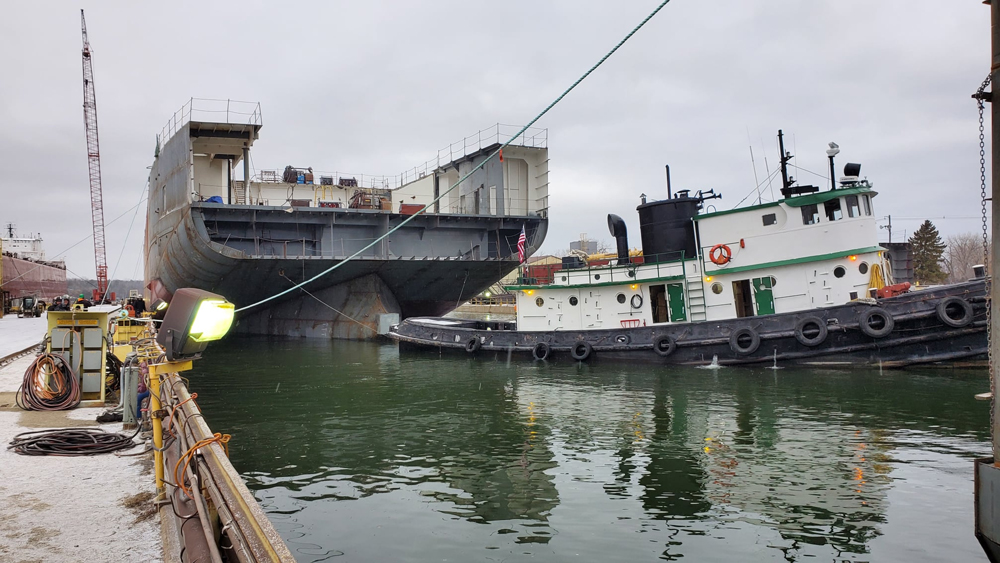 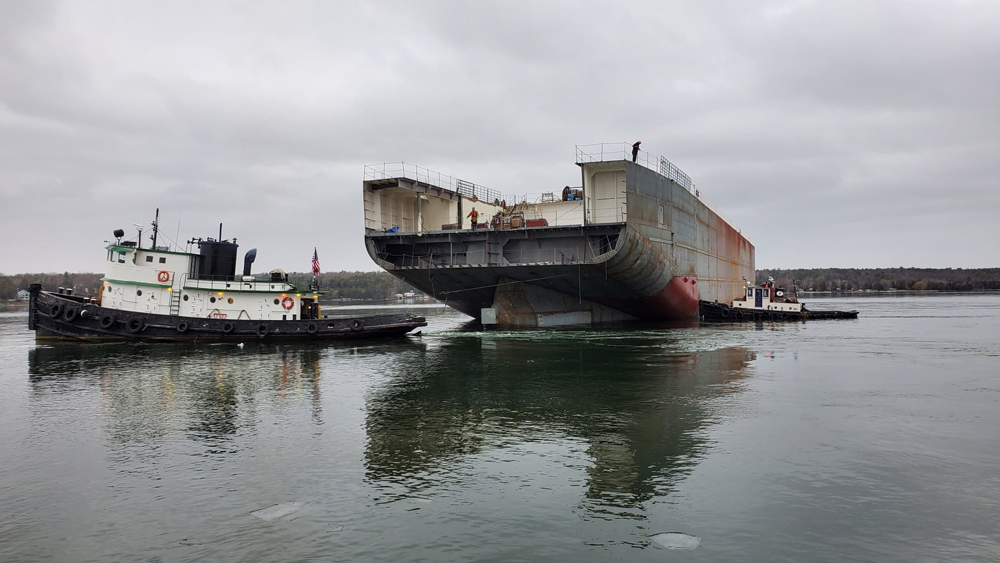 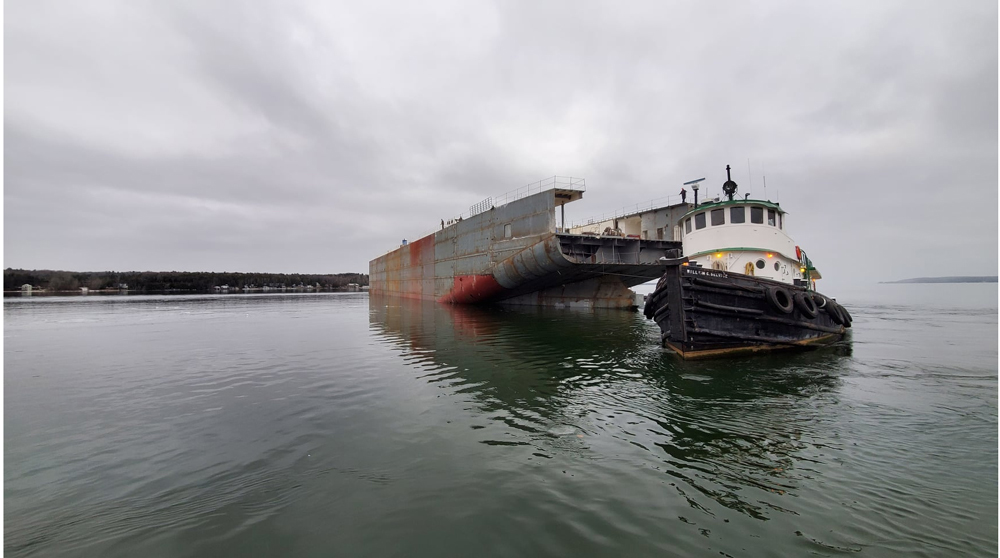