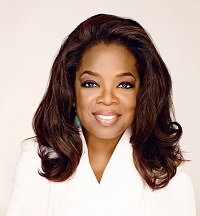 The ceremony was held on board Nieuw Statendam from the World Stage theater at Port Everglades in Fort Lauderdale, Florida, on February 2. Winfrey is a philanthropist, film star, TV icon, founder and editorial director of O, The Oprah Magazine. She was joined in the dedication by Carnival Corporation CEO Arnold Donald and Holland America Line President Orlando Ashford.

The 99,902gt vessel departed on a seven-day Caribbean cruise on February 3, and will head to her summer homeport, Amsterdam in the Netherlands, in May.

Nieuw Statendam was delivered by Fincantieri's shipyard in Marghera, Italy, on November 30, 2018. The 2,666-guest ship's interior design was undertaken by Adam D. Tihany and Bjørn Storbraaten and is similar to Koningsdam, the first Pinacle Class ship. YSA Design supplied the artworks for the vessel.

Holland America Line is currently $300 million spending program on brand enhancements, and a third Pinnacle-class ship is due for delivery in 2021.