Israel Accuses Iran of Deliberately Spilling Oil in the Mediterranean

The government of Israel has accused Iran of responsibility for the oil spill affecting its Mediterranean shoreline, claiming that a tanker full of Iranian crude deliberately released the pollution in early February.

In a briefing Wednesday, Environmental Protection Minister Gila Gamliel said that Israeli investigators had narrowed down the list of suspect vessels to one ship - the Panama-flagged Aframax Emerald, which ceased AIS transmission off the coast of Israel on February 1-2. The pollution began drifting onto Israeli shores on February 17.

The Emerald (ex name Ebn Batuta) was owned by Libya's national tanker company until December, when she was renamed and re-registered to a holding company in the Marshall Islands.

In mid-January 2021, Emerald got under way from the Persian Gulf, heading for the Suez Canal. She exited the northern end on February 1 and went dark, reappearing on satellite AIS tracking on February 3 at a position off Syria. On February 13, she retraced her voyage and headed south throught the canal, bound for the Persian Gulf, according to tracking by Pole Star. 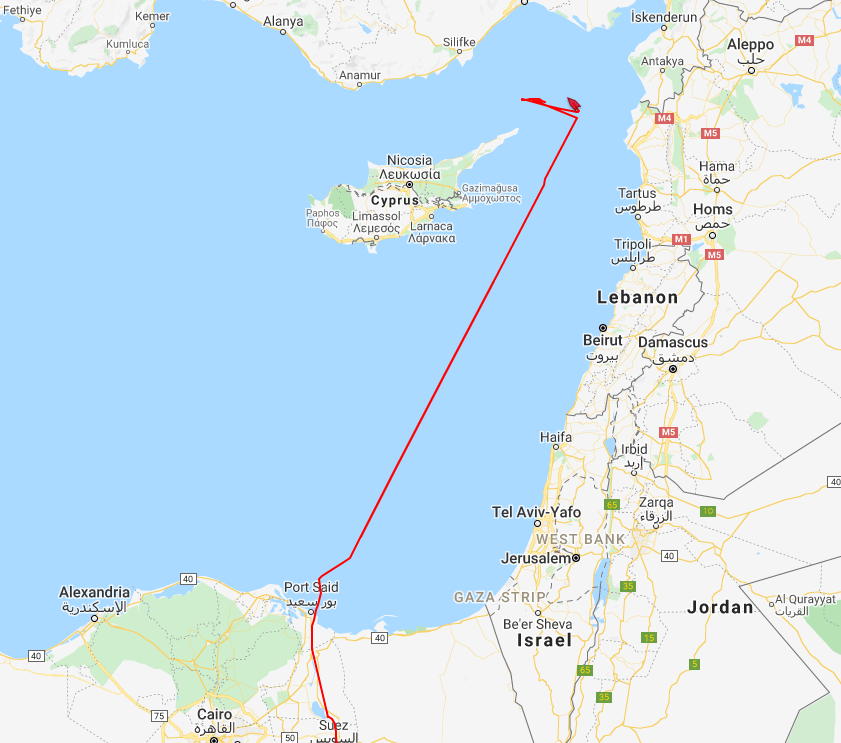 Gamliel asserted that Emerald was conducting a delivery of Iranian crude to a Syrian refinery; Iran is known to make regular shipments of oil to Syria, in violation of U.S. and UN sanctions.

Describing the Emerald as a "pirate ship," Gamliel accused Iran of engaging in "environmental terrorism" by deliberately dumping crude within the Israeli EEZ.

"We searched in every possible corner with the aim of getting our hands on the criminal ship. Tonight we close the circle, for the sake of the animals and nature that were harmed," said Gamliel. "Iran is waging terrorism by harming the environment. [It is] not just an environmental crime but environmental terrorism."

Israeli public broadcasting network Kan reported that a senior source within the Israeli intelligence community disagreed with Gamliel's assessment, suggesting that there is "no known Iranian involvement" with the spill.

As of March 3, Emerald was back in the northern Persian Gulf, anchored at a position between Kuwait and Iran.

The accusation follows Israel's claim that Iran was responsible for the apparent limpet mine attack on the Israeli-owned car carrier Helios Ray last Thursday. While transiting the Gulf of Oman, Helios Ray suffered an explosion and hull damage on both her port and starboard sides, just above the waterline.

"Repeated Iranian and Iranian-sponsored terrorist attacks at sea not only jeopardize the safety and security of international shipping in flagrant violation of international conventions and norms relating to maritime safety and navigation, but also constitute blatant and repeated violations of the United Nations Charter and of Security Council Resolutions," said Israeli Ambassador to the UN Gilad Erdan in a formal complaint.