India claims to have become the first nation in the world to include biometric facial recognition technology in its seafarer identification documents.

The new Biometric Seafarer Identity Document will replace the existing Continuous Discharge Certificate, and the inbuilt chip will be able to be read at point of sale readers, ATMs and by immigration officers. The new facial biometric technology is claimed to be an improvement over the two finger or iris based bio-metric data. At the time of data capture, the seafarer's face is cross matched through passport photo using face matching software. The card has two optical security features - micro prints/micro texts and a Unique Guilloche pattern. The new card conforms to ILO Convention No. 185 which India ratified in October 2015.

India's shipping minister Masukh Mandaviya said this week that the new documents will be rolled out over the next two years. Nine centers have been setup to issue the ID - at Mumbai, Kolkata, Chennai, Noida, Goa, New Mangalore, Kochi, Vizag and Kandla.

Mandaviya said: “The new document will give a foolproof identification to our seafarers which will facilitate their movement, provide ease of getting jobs and help in identifying them from any location in the world.” 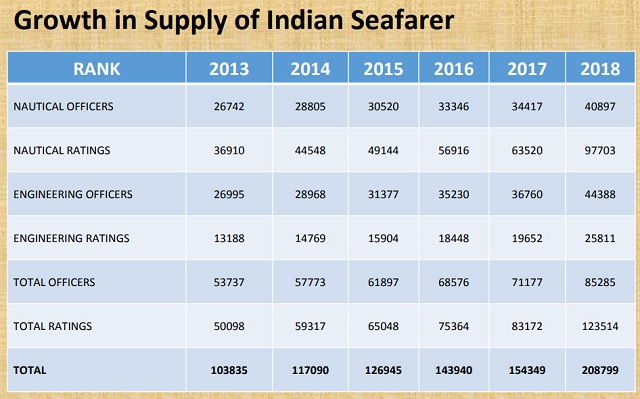