The U.S. Navy and its partners in the International Maritime Security Construct (IMSC) continue to test out drone sailing vessels for use in patrol and surveillance work in the Persian Gulf, where maritime domain awareness is critical for ensuring security at sea.

During the IMSC's most recent exercise, the crew of the destroyer USS Delbert D. Black worked with the IMSC's Combined Task Force Sentinel command center in Bahrain to operate two Saildrones while on patrol. Using sensors on the drones and advanced AI systems, the crew was able to find and identify targets and relay a video feed back to watchstanders on board. 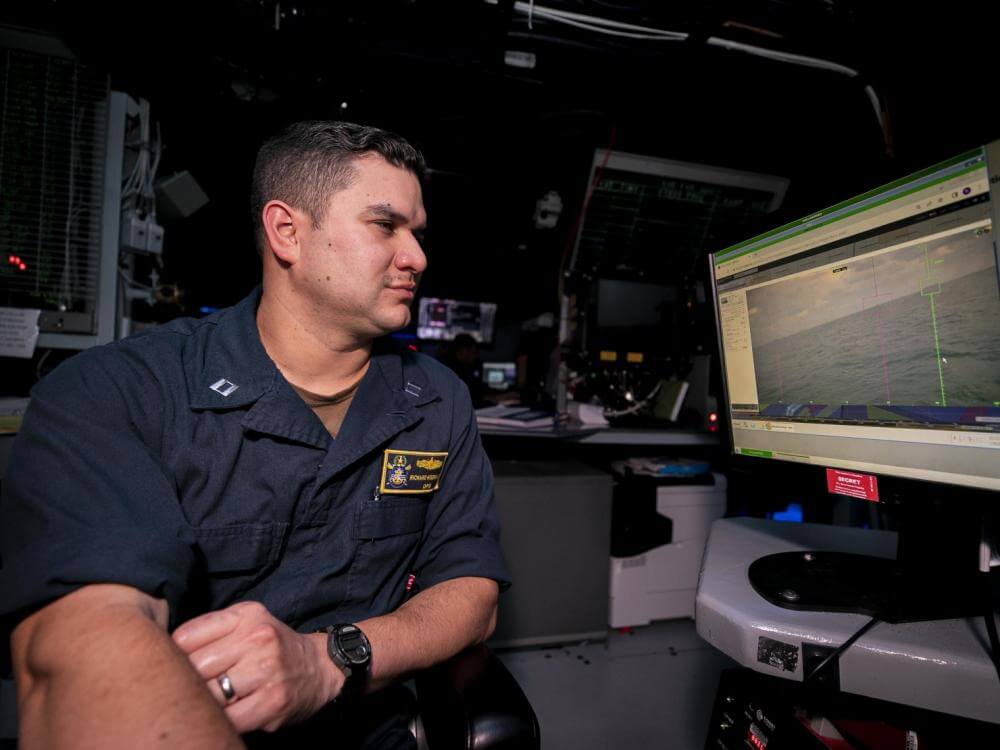 Lt. Richard Rodriguez watches the video feed from a Saildrone aboard the the USS Delbert D. Black (USN) 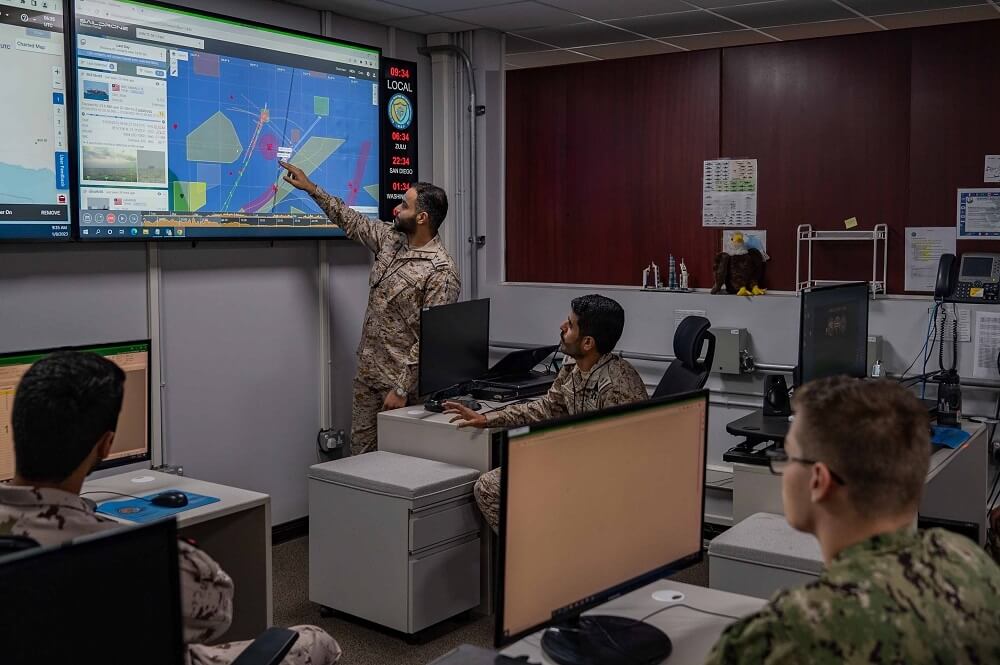 IMSC officers observe the exercise from their headquarters in Bahrain (USN)

The combined task force previously tested out a Saildrone in August, in partnership with the crews of the Royal Bahrain Naval Force ship RBNS Ahmed Al-Fateh and the U.S. Coast Guard cutter USCGC Baranof.

Saildrones are robust, capable of operating independently for months in some of the most difficult ocean environments. However, they are unarmed, and the Navy has had to stop Iranian forces from stealing them on at least two occasions. In September, the Iranian Navy captured two Saildrones in the Red Sea, forcing the Navy to send the destroyers USS Delbert D. Black and USS Nitze to retrieve them.

In August, the Islamic Revolutionary Guard Corps ship Shahid Baziar attempted to tow off a U.S. Navy Saildrone in the Persian Gulf. The patrol ship USS Thunderbolt responded, along with a Sea Hawk helicopter, and compelled the Iranian vessel to cut loose the USV after about four hours of pursuit. “IRGCN’s actions were flagrant, unwarranted and inconsistent with the behavior of a professional maritime force,” said Vice Adm. Brad Cooper, commander of U.S. Fifth Fleet, in a statement at the time.