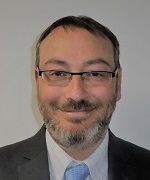 A serious accident involving a large passenger vessel is undeniably one of the highest risks to the safety of life at sea due to the sheer number of passengers and crew onboard. We don’t have to think far into the past to recollect vivid images of what events like this can mean.

Against this backdrop, efforts are continuously made to minimize this risk both through design and during operation by increased regulation and improved technology to aid the handling of emergency situations.

Safe Return to Port (SRtP) is the latest set of regulatory improvements, now nearing 10 years since its original inception. The core concept is that the ship is its own best lifeboat. Design and operational focus should be aimed at saving the stricken vessel and ensuring it can support life on board and, if safe to move, it is able to sail to the nearest port with its passengers and crew safely on board. This is ultimately achieved through a minimum prescribed level of system redundancy on a specific set of ship systems, those core to a safe return to port.

In the case of an actual emergency, the first and utmost priority is to contain the incident and assess the state of the vessels. Whether fire, flooding or a grounding scenario (a casualty scenario), the first responders will be dealing with the fire or flood itself to ensure the effect is as limited as possible. At the same time, the crew needs to support the passengers in assembling to the muster stations.

These activities are continuously drilled by the crew to ensure the most effective response possible. Once the initial damage is as contained as possible, the damage to the vessel and the ongoing emergency can be assessed and support from the ground can be sought. Understanding the extent of the damage can be a difficult process on its own, even with technology such as flooding sensors, the crew will wish to visually inspect and report to the emergency response team.

It is at this time that the decision to save or abandon the vessel is made. The key risk here is the decision must be made with all the information gathered, including the potential human and technological limitations or, indeed, errors. Integral to this decision making is the ability for staff on the ground to quickly support utilizing computer software to assess the static stability of the vessel and, if able, to look into the dynamic flooding of the vessel to provide sound engineering advice. However, this may not always be an available option.

Once the ship is stable and the damage contained, systems on board the ship can be assessed and restorative actions put in place. This is the core operational requirement derived from the SRtP regulations, but it is limited, currently, to a specific set of casualty scenarios. The crew will have access to SRtP documentation on the vessel; all critical systems should be identified, and any manual restorative actions documented and achievable within an hour.

This logistical task should not be underestimated: in some large passenger vessels the number of actions to restore critical system functionality can be over a hundred for a single casualty scenario. Each single action will require specific information to be available about which valve, for example, is required to be operated and where the valve is in the vessel. There is also an additional logistical difficulty of managing the response teams effectively, dispatching them with the right information and understanding the overall progress.

A number of methodologies can be implemented by the operator to ensure the activity is performed as efficiently as possible:

Validating the quality of the SRtP information delivered with the vessel is of utmost importance. Despite best efforts, significant errors can be found in the documentation delivered with the vessel.
Having a clear procedure defined and communicated to manage this eventuality. This process will need to deal with ease of access of information and the management of the restorative actions. Paper based solutions are available but carry significant human resource overhead and carry many risks, considering the sheer volume of information required. Software technology does currently exist to support this activity and is considered the most effective methodology to ensure a successful completion of the SRtP restorative actions within the stated time limit for any SRtP casualty.

Regular drills need to be scheduled, managed and assessed to ensure the crew is knowledgeable, trained and as prepared as possible.

SRtP regulations have added a further layer of safety to passenger vessels, but currently its main limitation is these restorative actions are only applicable to specific casualty scenarios. In the case the damage is not one of the prescribed scenarios, SRtP regulations do not apply and hence the information to restore systems simply does not exist onboard. This limitation was, mostly likely, a compromise between the IMO and the various lobbies to ensure the regulations would not be too onerous.

Vittorio Vagliani is Head of Software at Brookes Bell.