Color Hybrid is a plug-in hybrid, where the five-megawatt batteries can be charged with environmentally friendly power from shore power in Sandefjord, Norway.

The new vessel will replace MS Bohus on the route between Sandefjord, Norway, and Strömstad, Sweden. She has a maximum speed of 17 knots and will sail silently in and out of the fjord of Sandefjord without harmful air emissions, as her batteries provide enough power to sail 12 nautical miles. The battery pack weighs 65 tons and can be recharged in one hour.

Color Hybrid has a heat reservoir of five megawatts which utilizes heat from both the wake and the exhaust for heating. She also has a greenhouse on deck powered by the reuse of waste heat for onboard production of herbs and vegetables.

Classed by DNV GL and designed by Fosen Yard, Color Hybrid was named Ship of the Year 2019 at the Nor-Shipping exhibition on June 4, 2019. 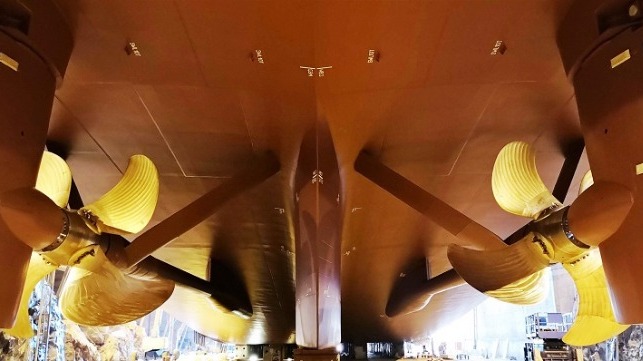 In a first for the maritime industry, a Danish port is on track to achieve a 70 percent reduction in carbon emissions through the use of renewable offshore wind energy and an energy management system. Port Esbjerg, located on the southwest coast of Denmark, is working with Honeywell on a comprehensive carbon and energy management program linked to Denmark’s goals for decarbonization.  Port Esbjerg recently inaugurated its first shore-to-ship power units, which allow docked vessels to run on renewable electricity...

Australian authorities announced that they are sending a support vessel out to meet up with the fire-damaged supply ship returning from Antarctica with 72 expeditioners and 37 in crew. They are calling this latest action a precautionary measure as the vessel is proceeding under its own power after an additional maintenance issue.  A large anchor handling supply vessel supporting an offshore drilling project in North Western Australia, the 249-foot Go Spica, was hired to sail from Fremantle to provide additional...

Hagland Shipping is diving into battery-hybrid propulsion with an order for up to four new self-discharging, hybrid-powered coastal bulkers. When delivered, they will be among the first of their kind in the sector.  Hagland has contracted for an initial order of two 5,000 dwt, plug-in hybrid vessels from the Dutch shipbuilder Royal Bodewes. The design emphasizes zero-emissions, low-noise operations in harbor and reduced emissions while under way.  The new vessels will replace older ships with traditional propulsion systems. The plug-in...