The US Coast Guard responded to reports of an abandoned tugboat that was sinking in the harbor of an industrial park on the island of St. Croix in the US Virgin Islands. Coast Guard pollution teams are monitoring cleanup operations to recover discharged oil from the sunken vessel.

The incident began on November 12 when the owner/operator of the business park, St. Croix Renaissance Group, reported to the Coast Guard that the abandoned tugboat Cape Lookout was sinking at Krause Lagoon on St. Croix. Coast Guard personnel from the Resident Inspections Office St. Croix, working in coordination with the Sector San Juan Incident Management Division, responded to the scene.

The Coast Guard found that the tugboat, which remained tied to a concrete platform at the facility, had partially sunk with its bow sticking out of the water Oil was leaking from the 97-foot tugboat. Based on the size of the vessel, the Coast Guard estimated that the maximum potential discharge was approximately 48,000 gallons of fuel and 2,000 gallons of lube oil. However, it was not known how full the fuel and lube oil tanks were at the time the vessel sunk. 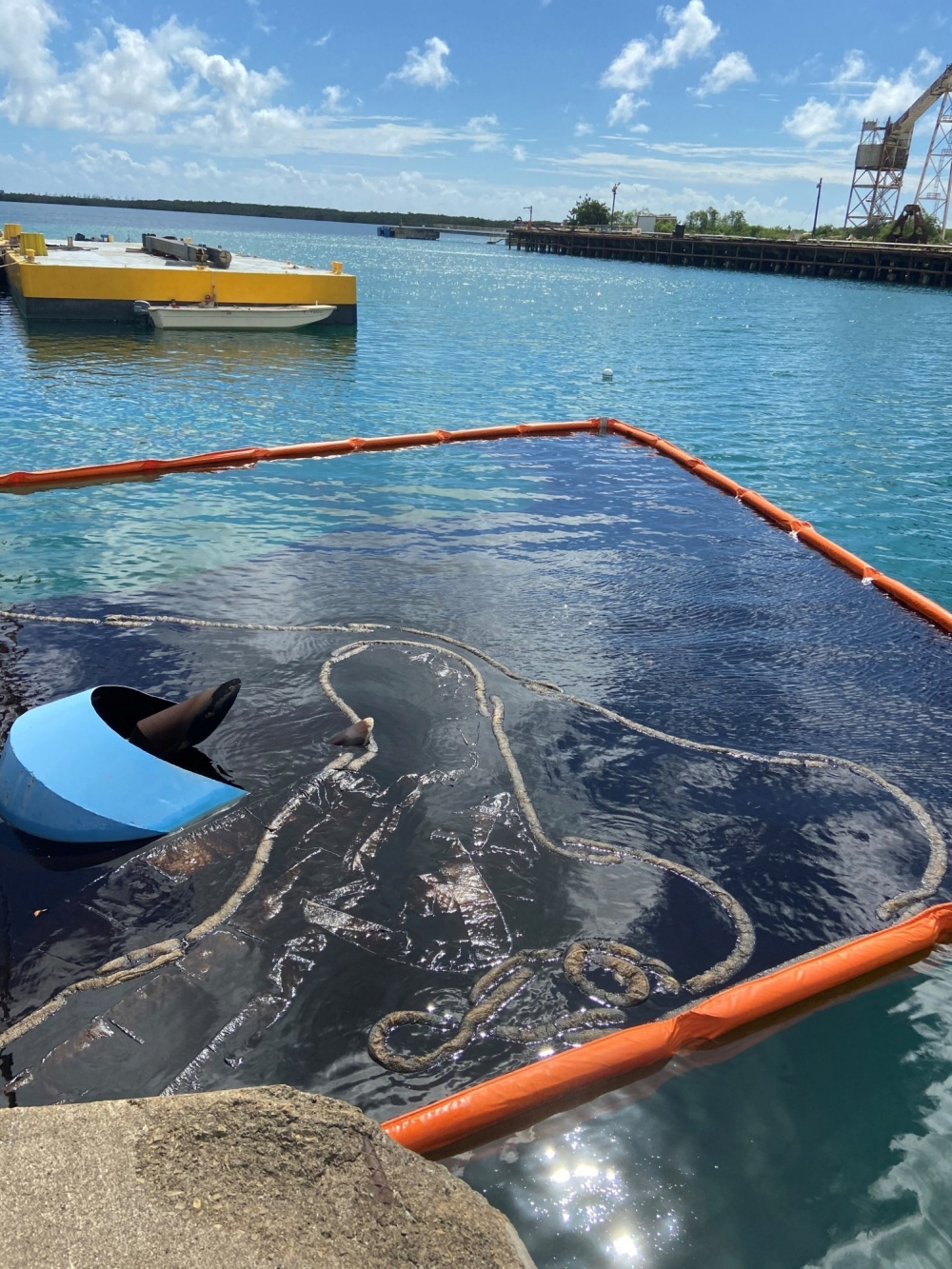 Containment boom around the sunken tugboat (US Coast Guard photo)

“The National Response Corporation in the US Virgin Islands has been hired as the oil spill removal organization that will be conducting oil recovery and cleanup operations for the Cape Lookout,” said Lt. Cory Woods, Coast Guard Resident Inspection Office St. Croix supervisor. “Our primary objective is to remove this pollution threat and help the affected area and environment return to its pristine state as soon as possible.”

Since oil recovery operations began, cleanup crews have recovered approximately 1,500 gallons of oily water of the material discharged from the vessel using an oil waste vacuum truck and oil skimmers to recover the oil from the water. Also, a new containment and absorbent boom was placed around the vessel to keep the discharged oil contained and facilitate its recovery.

At this time, there are no reports of affected marine or wildlife, and the Coast Guard on-scene personnel continue to monitor.