German utility EnBW has installed all 71 wind turbines of its offshore wind farm Hohe See in the German North Sea. The turbines are now being commissioned; 27 turbines have already been put into operation and feed electricity into the grid.

After completing the installation work at Hohe See, the vessels Blue Tern and Brave Tern are sailing to the adjacent wind farm Albatros to complete 16 more wind turbines.

Together, EnBW's Hohe See and Albatros represent the largest offshore wind project in Germany. They have a combined 609MW capacity, and both will be put into operation in 2019.

Over 600 employees and around 50 ships are involved in the construction work.

The Canadian energy infrastructure company Enbridge Inc. has acquired 49.9 percent of the shares in both wind farms. EnBW has retained the remaining 50.1 percent in both cases.

According to figures published by Deutsche WindGuard, 1,305 offshore wind turbines with a total output of 6,382 MW fed into Germany's grid in 2018 and 136 new turbines with an output of 969 MW were connected to the grid.

On July 30, EnBW launched its first two green hybrid bonds on the capital markets with a total issue size of €1 billion. This made EnBW the first German green hybrid bond issuer. Rating agencies Moody’s, Standard & Poor’s and Fitch classify 50 percent of each of the hybrid bonds as equity for EnBW. The proceeds from the Green bonds are to be used exclusively to fund climate-friendly projects. 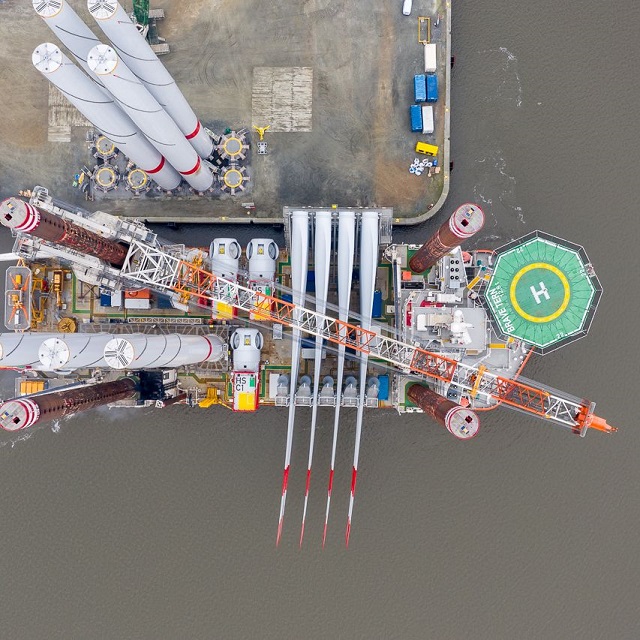