On Sunday, Russian rocket strikes on the port city of Mykolaiv killed a prominent Ukrainian shipping and agriculture executive, according to Ukrainian officials.

Oleksiy Vadaturskyi, 74, was the founder and CEO of Nibulon, a leading Ukrainian grain producer. Nibulon is the only vertically-integrated ag producer in Ukraine to own its own shipping fleet. The firm invested heavily in river shipping capacity and port infrastructure, and before the invasion it had plans in the works for a new deepwater port southwest of Kherson (now under Russian occupation).

The company expanded with the acquistion of the Lyman Shipbuilding Plant in Mykolaiv in 2012; renamed the Nibulon Shipyard, the facility has built multiple vessels for its parent company and for external customers. 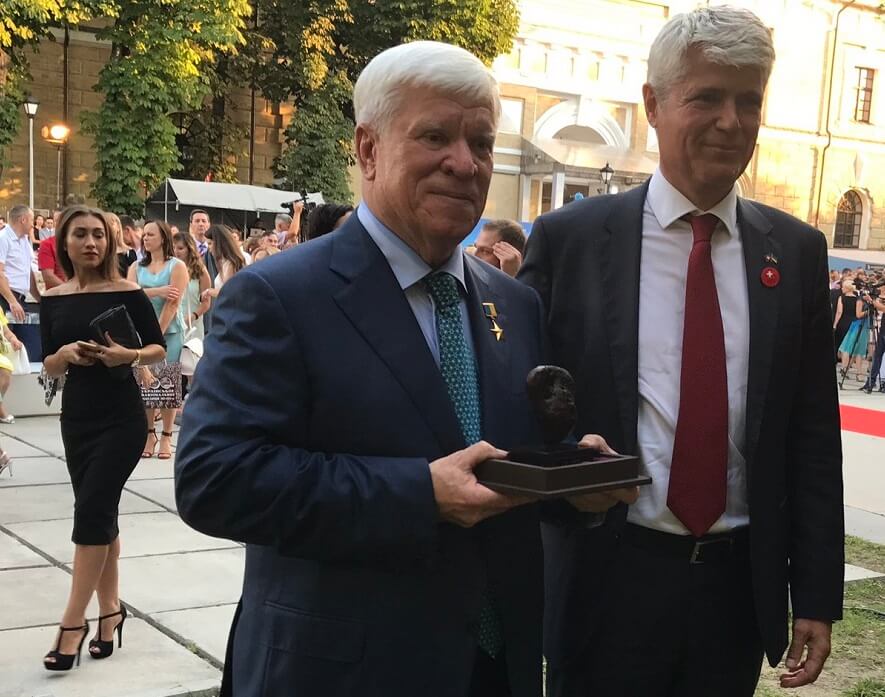 Oleksiy Vadaturskyi (center) at an an award ceremony held by the Swiss Embassy in Kyiv, 2017 (Swiss Embassy Kyiv)

The Mykolaiv region remains under Ukrainian control, despite repeated Russian attacks in the early weeks of the invasion, but it is still within range of Russian artillery. According to Mykolaiv Mayor Oleksandr Senkevich, a heavy barrage of Russian fire struck the city in the early hours of Sunday morning. Multiple civilian buildings were hit, including Vadaturskyi's mansion. The executive and his wife were both killed in the explosion.

The strike hit Vadaturskyi's bedroom, according to Ukrainian presidential advisor Mykhailo Podolyak, who accused Russian forces of intentionally targeting the mansion in a "well-thought-out and organized premeditated murder." 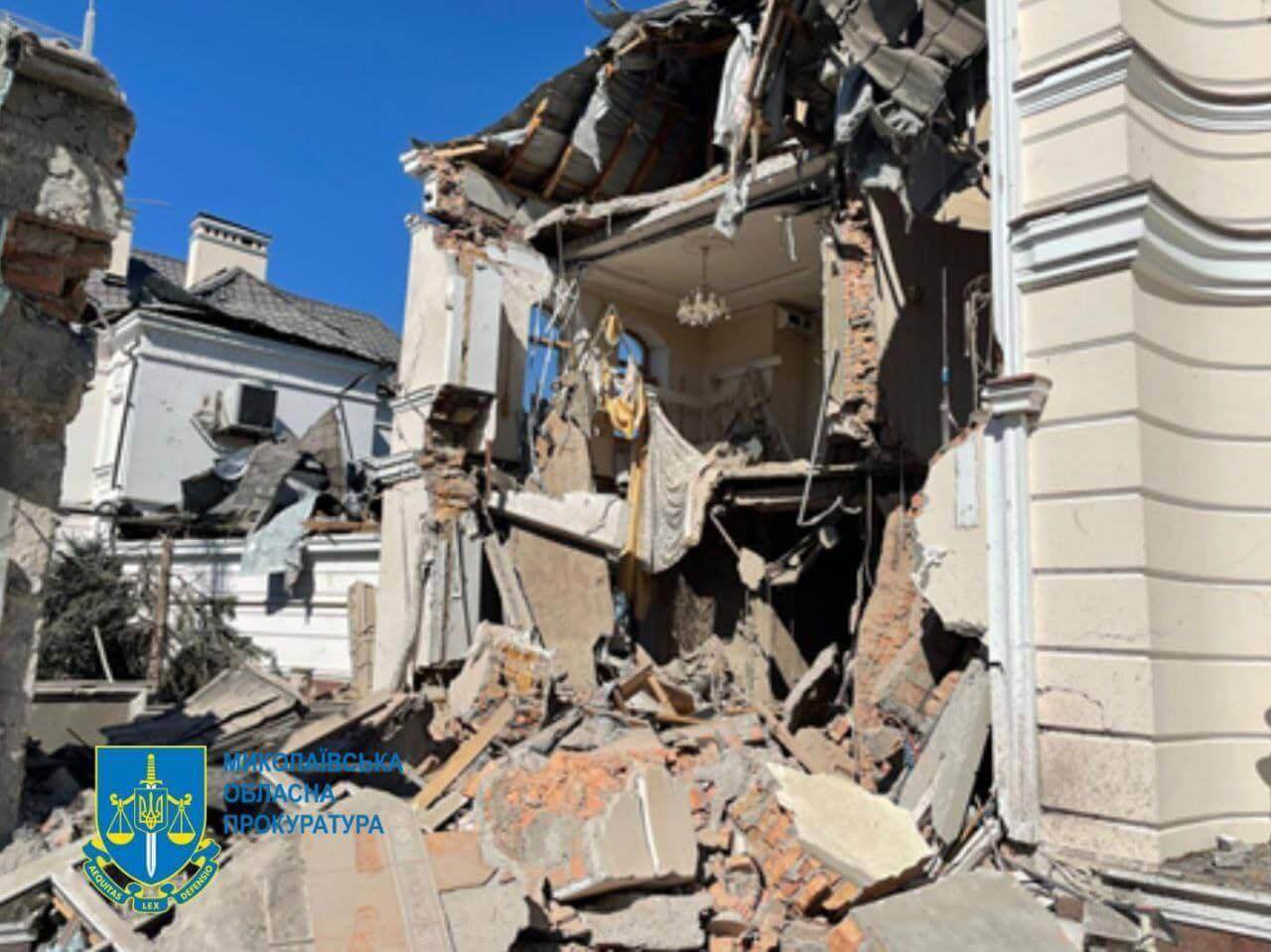 Separately, in Russian-occupied Sevastopol, a drone strike hit the headquarters of Russia's Black Sea Fleet, according to Russian-backed regional governor Mikhail Razvozhayev. The improvised drone munition injured six employees of the fleet and cast a pall over a planned celebration for Russia's Navy Day; organized festivities in Sevastopol were canceled as a precautionary measure. The scene at the headquarters of the Black Sea Fleet (Gov. Mikhail Razvozhaev)

A citywide search is under way in Sevastopol to find and catch the organizers of the attack, Kovitidi said.