A group of British naval engineers have released design concepts for the Royal Navy’s warship of the future. Dubbed the Dreadnought 2050, the concept art depicts a vessel with an acrylic hull that is nearly invisible to the naked eye. The Royal Navy hopes to deploy a vessel of this type by 2050.

The design is part of Startpoint, a new Maritime Missions System initiative that will debut at the Defence and Security Equipment International exhibit in October. The Dreadnought concept features a hull that can be turned translucent make it invisible­­—as well as laser and electromagnetic weapons and its own fleet of drone vessels.

An operation room fashioned with a 3D holographic command table to improve the crew’s situational awareness is also part of the design. And while most warships of this size are crewed by up to 200 sailors, the Dreadnought will require just 50.

Engineers also considered ballast tanks that could be filled with water which would make the vessel a stealthier and smaller target as it sits lower in the water. 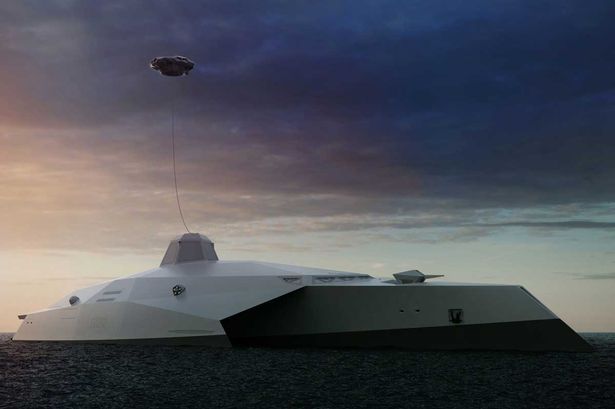