Family Members Look for Answers After Loss of the Cruiser Moskva

Russian officials have been tight-lipped about the fate of the crew of the cruiser Moskva, which went down off Odesa on April 14. The vessel was hit by two Ukrainian anti-ship missiles, according to the U.S. Department of Defense, and sank after a day of failed salvage efforts.

In the days after the casualty, Russian state media claimed that the vessel had sustained a fire and an ammunition magazine explosion, and that all of her 500-odd crewmembers had evacuated. However, images from the scene told a different story: the vessel appeared to have sustained two hull breaches near the waterline on the port side, just beneath the stack, and extensive fire damage amidships.

A memorial service for "the ship and sailors" was held at the Russian Navy's Sevastopol base on April 15, and an estimated 100-250 members of the crew were in attendance, based on official video footage - well short of the full complement of about 500.

Meanwhile, parents of missing sailors from Moskva began taking to Russian social media to report their frustration with the official response. One parent, Dmitry Shkrebets, told Newsweek that he had received two competing stories. Moskva's officers quietly acknowledged that his son was missing, while the Russian Ministry of Defense maintained that he was not; Shkrebets described the official response as a "wall of indifferent, frenzied silence."

On Friday, the Kremlin made an effort to reconcile conflicting versions of the event by releasing its first casualty count. One member of the cruiser's crew died and 27 more are missing, according to the official accounting. The count aligns with an earlier report from the U.S.-backed outlet Radio Liberty, which received the same casualty numbers from the wife of a deceased crewmember.

Other informal estimates have run higher. Last week, Russian language outlet Novaya Gazeta reported on a conversation with the mother of a crewmember who survived the attack. The mother relayed a story of heavy damage and loss of life, including an estimated 40 dead, a large number of severely wounded crewmembers and many more missing.

The Russian Navy may soon have more information on the cause and the human cost of the sinking. According to naval analyst H.I. Sutton, recent satellite imaging shows that the Black Sea Fleet has deployed the aging submarine tender Kommuna to the site of the Moskva's wreck.

The Kommuna is a 110-year-old catamaran with a riveted lifting derrick above her hull, and her unique shape is immediately identifiable. Built in 1913 to service small subs, the Kommuna serves the same purpose today. She is the host vessel for the deep-diving submarine AS-28, which may well be on board for a mission to survey the wreck - and potentially recover some of its more valuable components. 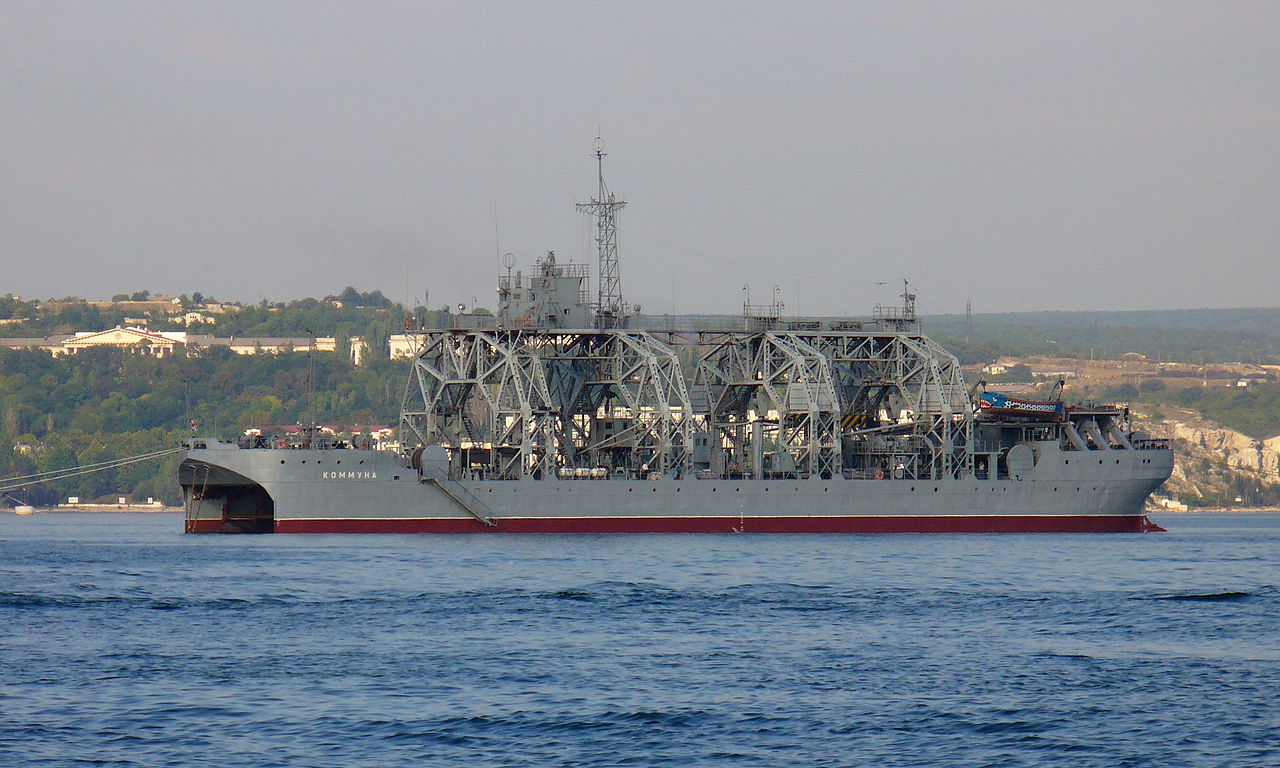