China's PLA Navy is testing a portable underway-replenishment system that can convert any cargo ship with the right deck configuration into a dry stores naval auxiliary. If successful, the development would give the PLA another way to utilize China's 3,500-vessel merchant marine in time of war.

According to the People's Liberation Army News and Communication Center, the modular system leverages several technological advances to enhance its utility and portability - including all-electric drive, supercapacitor energy storage and constant tension control. It is designed to be deployed and installed on civilian cargo vessels on short timeframes in order to transform them into UNREPS-capable auxiliaries, with "practical significance for realizing the dream of a strong military."

The new machinery was recently deployed aboard a Sinotrans-operated civilian container ship and the PLA Navy frigate Linyi for a trial. (Sinotrans & CSC is a subsidiary of China Merchants Group, a state-owned enterprise.) Photos published by the PLA showed military personnel operating the system aboard both vessels. 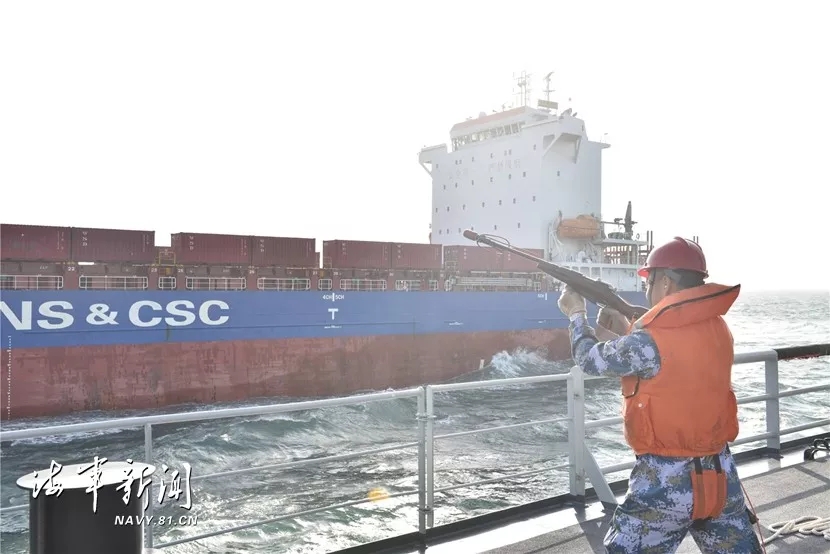 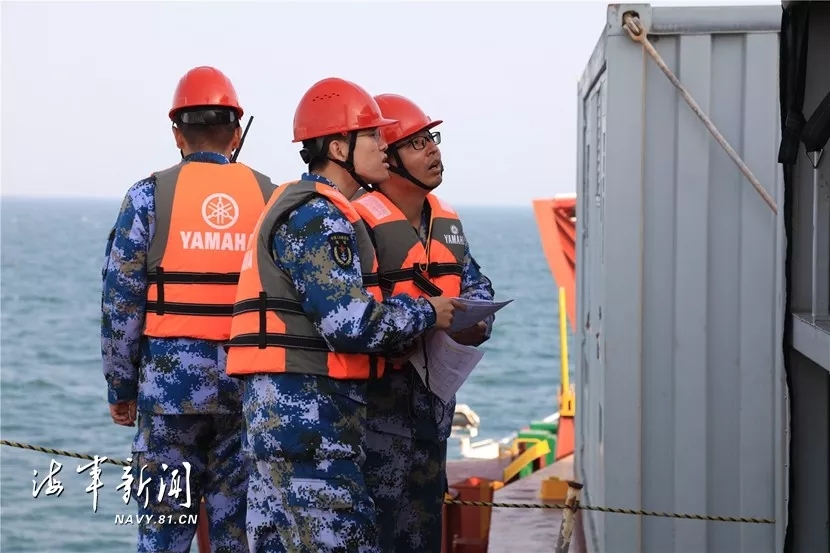 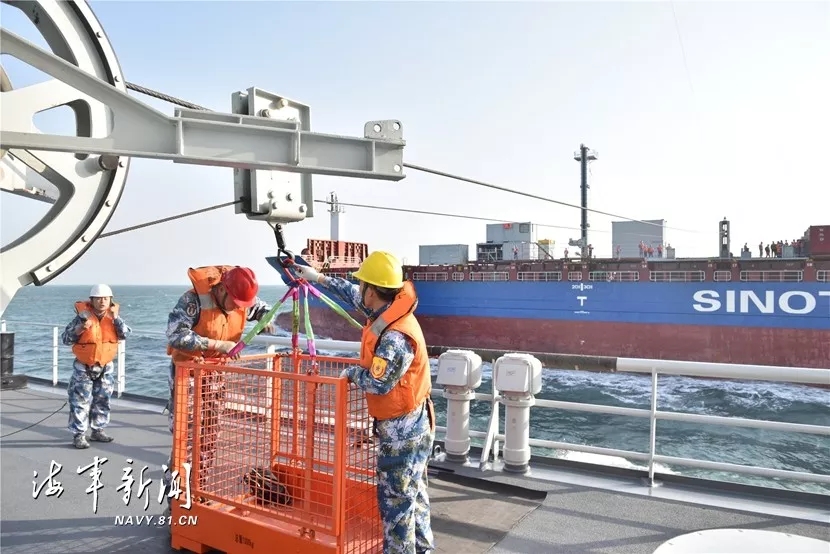 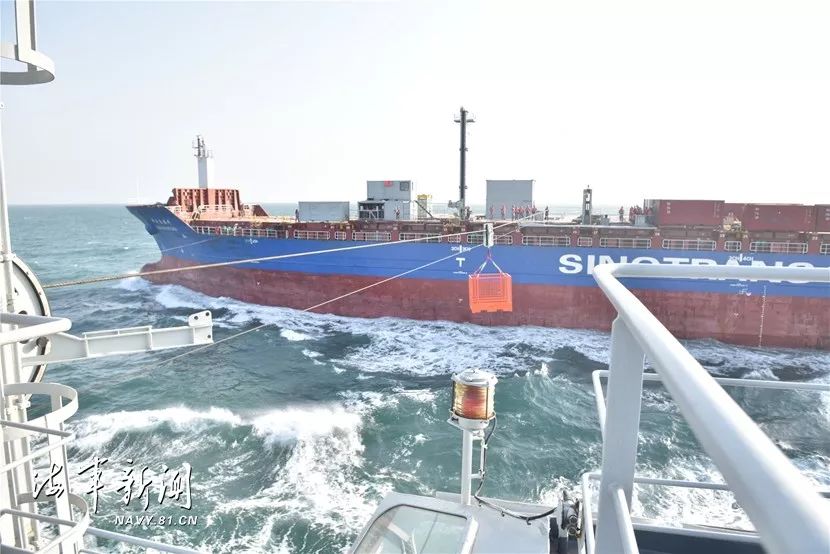 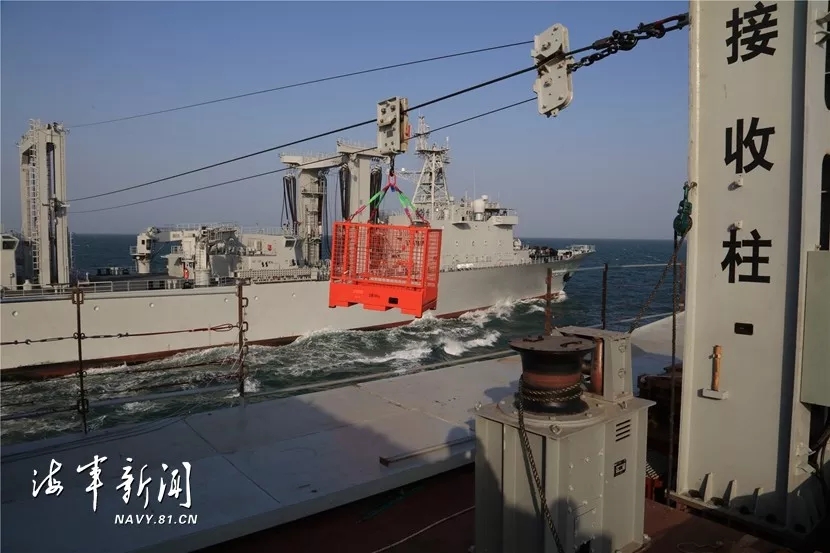 "The use of civilian ships to carry out maritime navigation dry cargo replenishment for naval vessels is a new attempt in the field of naval logistics support," wrote the influential Shanghai-based outlet The Paper. "As the operational strength of China's navy surface ships continues to grow, the tasks of the offshore missions are gradually increasing, and the demand for maritime logistics support is increasingly prominent."

Underway replenishment (UNREPS) was first implemented on a fleet-wide scale by the U.S. Navy in the run-up to World War II. Then-Rear Adm. Chester Nimitz developed the rigging necessary for consistent UNREPS operations in the late 1930s, and the technology gave the U.S. Navy's Pacific Fleet a significant edge in range and endurance throughout the war. It has been widely adopted by other forces over the decades since.